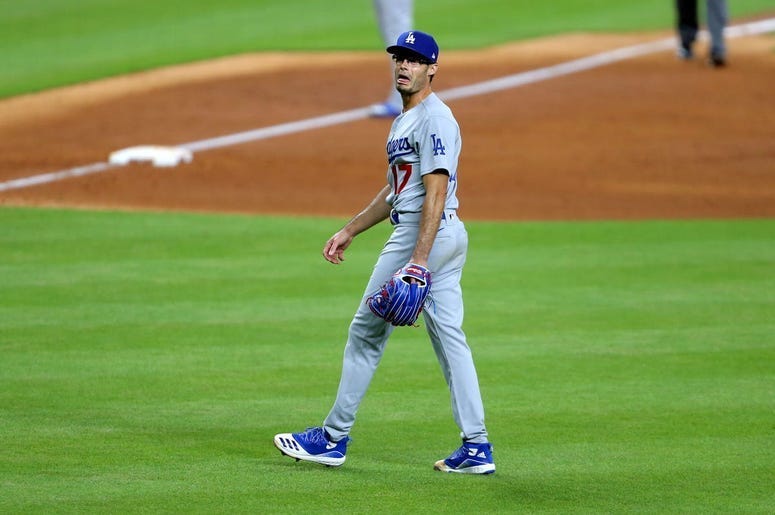 Major League Baseball sent a message to Joe Kelly and the Dodgers on Wednesday.

The LA reliever was suspended for eight games on Wednesday following an incident on Tuesday night in which he threw behind Alex Bregman and up and in on Carlos Correa.

In addition to Kelly, Dodgers manager Dave Roberts was also suspended one game.

Kelly is reportedly appealing his suspension and is eligible to pitch on Wednesday night. Roberts will serve his suspension. Astros manager Dusty Baker was also fined.

Tuesday's incident led to the benches clearing when Kelly started jawing at Correa following his strikeout to end the inning.

Correa had given Kelly a glare after a breaking ball that was a wild pitch came up near Correa's head. This happened just a few batters after he threw a 96 mph fastball behind Bregman's head.

Kelly, who was erratic all inning, insisted it was not intentional but many felt otherwise.

Back in February and March, players were angry that the Astros did not get punished harshly enough for their sign-stealing scandal from 2017 - when they beat the Dodgers in the World Series.

Kelly was not part of that team, but he did pitch for the Red Sox team that the Astros eliminated in the ALDS that postseason.