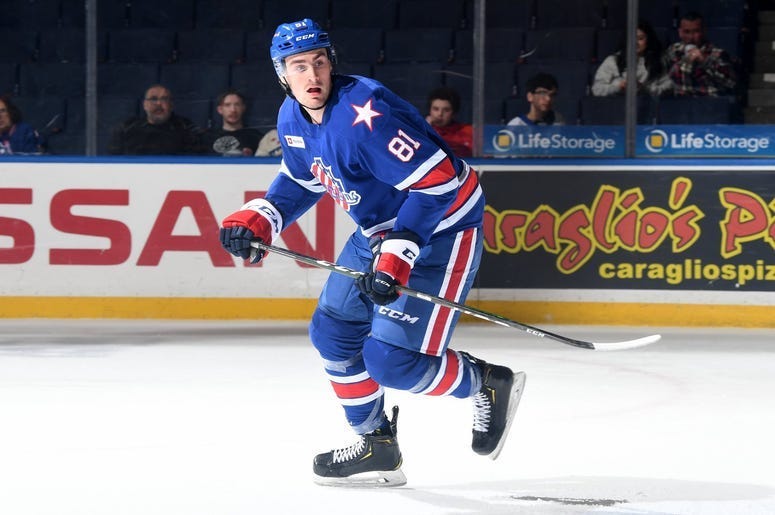 The Buffalo Sabres announced on Friday that they have signed forward Brett Murray to a two-year entry-level contract.

Murray was a fourth round pick (99th overall) of the Sabres back in the 2016 NHL Draft when he was selected out of the Central Canada Hockey League. From there, he jumped around plenty from playing in the United States Hockey League with the Youngstown Phantoms to Penn State University, then committing to play at the University of Miami (OH) before decommitting and playing with the Phantoms again. This all happened between his first season after being drafted in 2016 to the spring of 2018.

Last season, he signed an AHL contract with the Rochester Americans and got off to a fast start with three goals and 11 assists for 14 points in the first 15 games. Despite his production dipping in the remaining 40 games played that season with just six goals and four assists, he looked to develop into a nice big and physical presence in the Amerks lineup. Murray has a nice scoring touch to his game, but where he could use some work going forward is with his skating and his play with the puck.

Despite his exclusive rights expiring with the Sabres this offseason, the 22-year-old was still able to do enough to earn his first NHL contract with the Sabres.

"Brett acclimated very well to the AHL and showed continued improvement throughout the season," said general manager Kevyn Adams in a team statement. "He has a unique blend of size and scoring ability and we're excited to see his development continue."