The deed is done. After weeks of speculation—and a very public declaration of his desire to play anywhere but Atlanta—Julio Jones was finally traded to the Titans Sunday in a swap that netted the Falcons a pair of draft picks including a 2022 second-rounder. Jones, for the entirety of his NFL career, has worn number 11. That number is already spoken for in Tennessee but A.J. Brown was willing to give it up, though apparently Julio didn’t take him up on that offer.

The Titans newcomer will instead select a new number, opting for a clean slate after ending his Falcons tenure in rather turbulent fashion. Many have suggested Jones will revert to his college number eight, which had previously not been available to him. Prior to this year, receivers were only permitted to wear Nos. 10-19 and 80-89, but thanks to a new rule passed at the NFL owners meeting in April, skill-position players now have much more flexibility (1-49 and 80-89 are all fair game for wideouts). If Jones has his heart set on eight, which he wore during his three-year stint at Alabama, he may have to cut a deal with punter James Smith, who was assigned that number when he joined the Titans as an undrafted free agent last month. 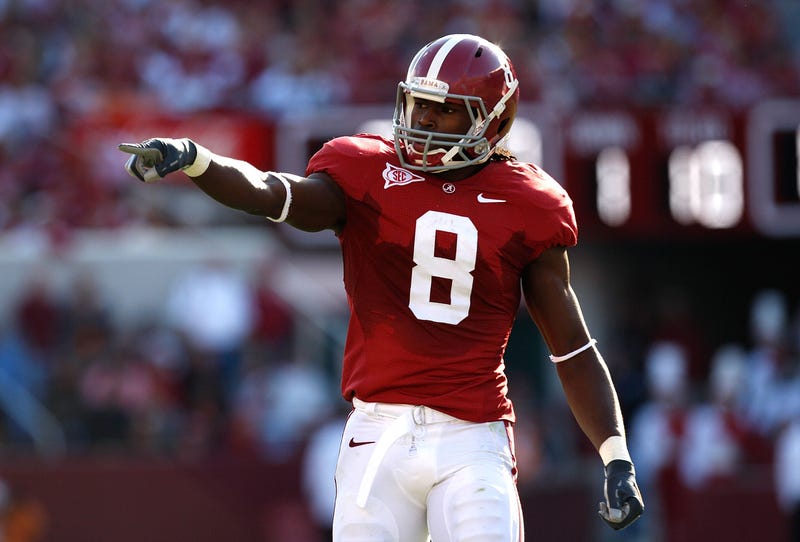 Jones, a seven-time Pro Bowler and the NFL’s active leader in receiving yards with 12,896 (20th all-time), joins a Titans offense that ranked second in total yards (6,343) and third in points per game last season (30.8). The 32-year-old will finish his time in Atlanta as the franchise’s career leader in both yards and catches (848).

sports
Warriors' Klay Thompson hopes to return from Achilles' injury 'early next season'
sports
Al Horford happy to be ‘back home,’ says he has ‘unfinished business’ in Boston
news
Juneteenth holds particular significance for US military
sports
Welsh soccer team co-owned by Ryan Reynolds, Rob McElhenney to play Union next month
news
Budweiser offering ‘Dad Card’ gift for a ‘year of free beer’
sports
Dwight Howard claps back at Ben Simmons’ critics: ‘None of you played in the NBA’