We continue to learn more about the astronomically high price that the Houston Texans are asking for in trade talks for embattled quarterback Deshaun Watson.

Sunday morning, ESPN's Adam Schefter reported that that the Texans are seeking a deal that would net them a combination of six draft picks and/or players, which has turned potential suitors off.

Specifically, Pro Football Talk's Mike Florio says that the Miami Dolphins have been asked to trade four first-round picks and multiple second-round picks for Watson. As Tua Tagovailoa gets set to begin his second NFL season, it goes without saying that Chris Grier and the Dolphins, as much as they may covet Watson as a player, haven't agreed to such a trade.

That leads us into the latest report on Watson, in which Jay Glazer of FOX Sports notes that Texans general manager Nick Caserio declined a trade that would have netted Houston three first-round picks and three third-round picks for Watson. This offer was made before the NFL Draft in April. It's not clear what team made the offer.

The NFL has declined to put Watson on the commissioner's exempt list, despite the lengthy list of allegations. Because of that, he's technically eligible to play right now, though he was inactive for the Texans Week 1 victory over the Jacksonville Jaguars. It's unclear if the NFL would place the 25-year-old on the commissioner's exempt list if the Texans or any other team tried to play him in a game before his legal problems are resolved. 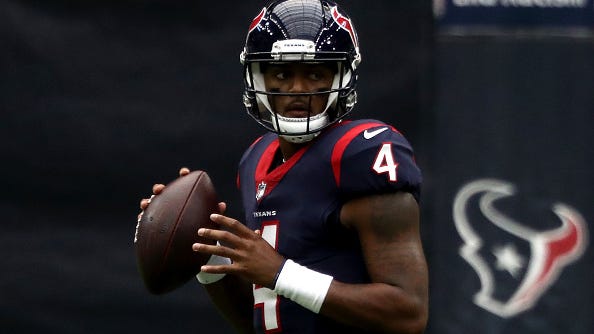