Grayson Allen's reputation as a dirty player, thanks to his drama-filled college career at Duke, precedes him when teams get ready to face off against the Grizzlies. And for Trae Young, a player who got into a little spat with Allen as little as a week ago in preseason action, it's not particularly surprising that the two young stars were at it again in the regular season.

The preseason play in question occurred on December 19, when Young and Allen got tangled up, culminating in a technical foul on the former.

The second play, and more important one for the sake of this article, came on Saturday's regular season action, when it seemed as though Allen stuck his foot in the way of Young in a purposeful manner. Young took to Twitter to expose his recent rival.

Allen fired back not long after with a sarcastic retort.

Thankfully for Young and Hawks fans, he seemed to be unfazed by the play in a bad way, though he may have used it as extra motivation to explode for 36 points in a 122-112 win over the Grizzlies, building over his season-opening performance of 37 points. 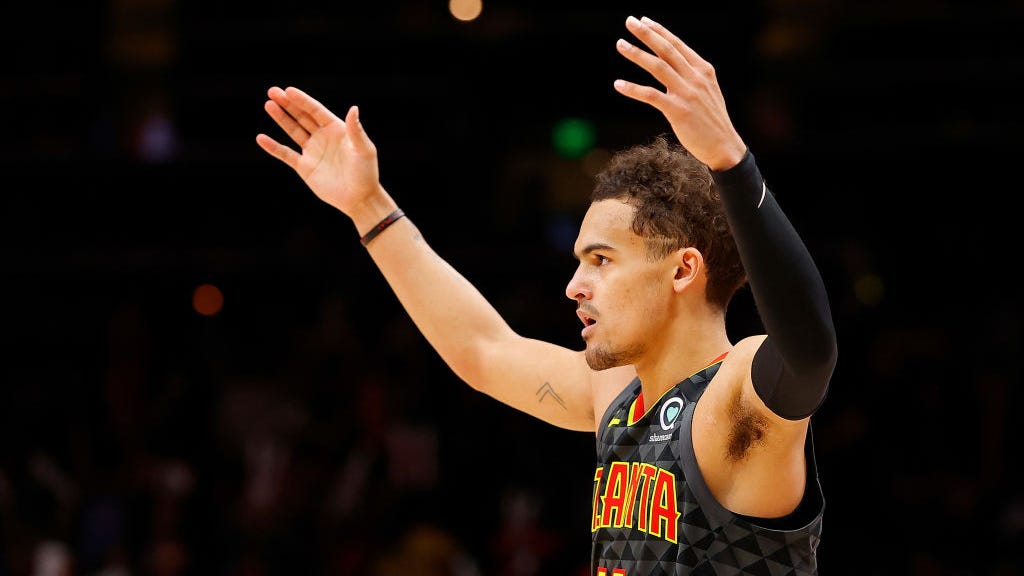 For a team that was projected to struggle defensively, it was a nice showing in that sense, too. Ja Morant got his (28 points on 10-21 shooting), but no one else on Memphis was really able to establish himself as a reliable option throughout the contest.

At 2-0 and with a red-hot, determined Young at the helm, the Hawks should jump to 3-0 against a Pistons team before running into the dangerous Brooklyn Nets for a two-game road stretch.