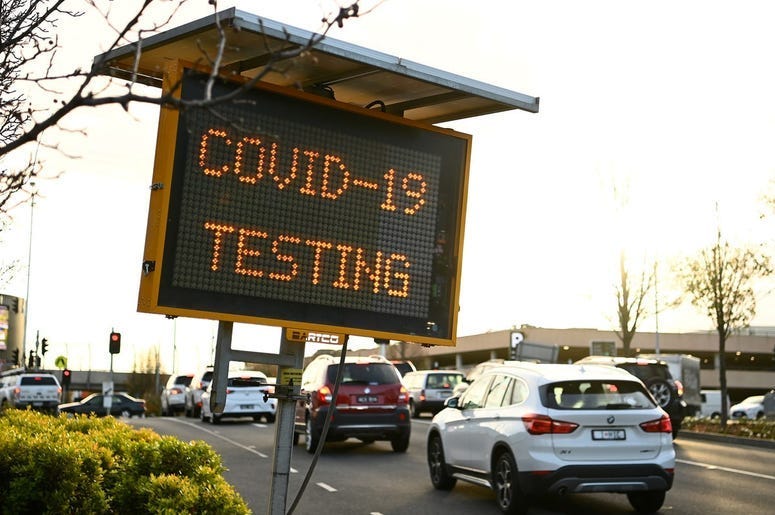 After Lions quarterback Matthew Stafford had to deal with all of the ramifications of a positive COVID-19 test, it was revealed that he never actually had the virus after all.

The NFL community was hoping that this scenario, which put the entire Stafford family under a lot of distress, would be a one-time occurrence. After all, what good are all these coronavirus tests if you can't trust their reliability?

Unfortunately, Stafford and the Lions aren't alone, and it seems that the culprit is one testing lab in New Jersey which has differed significantly from other labs in terms of test results.

Several NFL teams are altering or cancelling football activities today after irregularities in results from Saturday’s COVID-19 test results from the same lab in New Jersey. Statement from the NFL: pic.twitter.com/RhwzHQVsUA

Among the teams that are taking precautions and that have received false positive results are the Chicago Bears, whose nerves were understandably rattled following a recent batch of test results.

Bears had nine players/staff text positive for COVID but, upon further review, nine results were false positives, the team said. Out of an abundance of caution, they postponed this morning’s practice to this afternoon at 1:30pm.

The Bears are joined by the Cleveland Browns, who are choosing to delay practices and other team activities in order to remain as safe as possible.

NFL insider Ian Rapoport mentioned that it was not just limited to these two teams, saying that "several teams received several positive results," all from the aforementioned New Jersey lab. However, he's spinning the story with some optimism, calling it a "test run" for the regular season in case a similar situation occurs.

Buffalo general manager Brandon Beane says that the Bills are one of the many teams affected, and that a few players will be sitting out of practice due to these positive test results (via Maddy Glab). In addition, he mentioned that there are nine or 10 other teams who have been impacted by these irregular test results.

The Jets are one of those organizations, according to head coach Adam Gase. Brian Costello of WFAN shared what Gase informed the media.

Gase said the Jets had to cancel their walkthrough last night because of the COVID testing issue that is affecting many teams around the league. #nyj

They all came back negative in subsequent tests so the Jets went ahead with practice today. #nyj