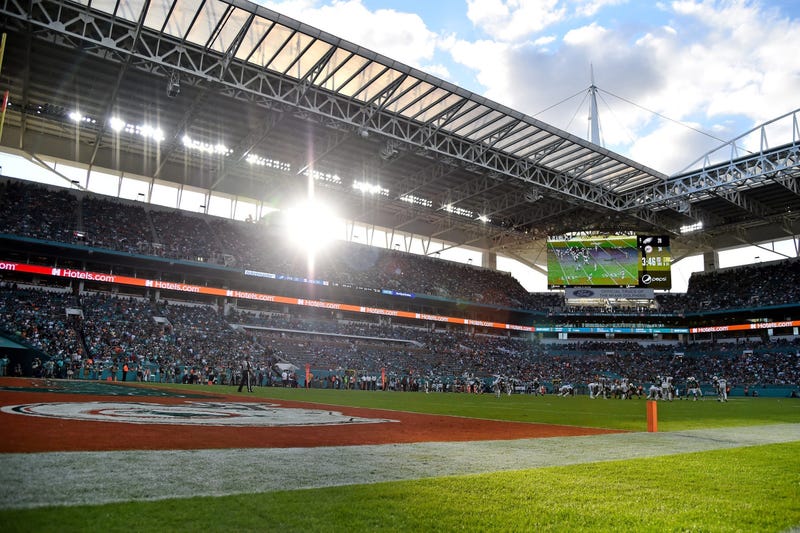 As unbelievable as it may sound, in just two weeks the NFL - and maybe College Football - will be back.

For most football fans around the country, this means watching your favorite teams on TV take the field in empty stadiums with the nation continuing its battle of Covid-19.

The announcement came Monday from the Dolphins and according to President and CEO of the team, Tom Garfinkel, it’s time to get on with our lives.

This is the goal of the Miami Dolphins and Garfinkel told Hoch and Crowder he is confident the 13,000 people that will attend games in September at Hard Rock Stadium will be “physically distanced and safe.”

The Dolphins become one of just eight teams hoping to have fans in attendance at games this season with fifteen organizations already ruling out spectators at home games.

The 13,000 person limit - just around 20 percent of Hard Rock Stadium’s capacity - may not be the final number we see allowed as the season goes on.

“If the numbers get really really good, I could see us potentially moving to a half full stadium,” said Garfinkel while maintaining that safety is the main priority.

One thing the President of the Dolphins made clear, masks WILL be required by all guests attending a game.

“If you’re someone that doesn’t want to wear a mask, don’t come. This isn’t the place for you this year.”