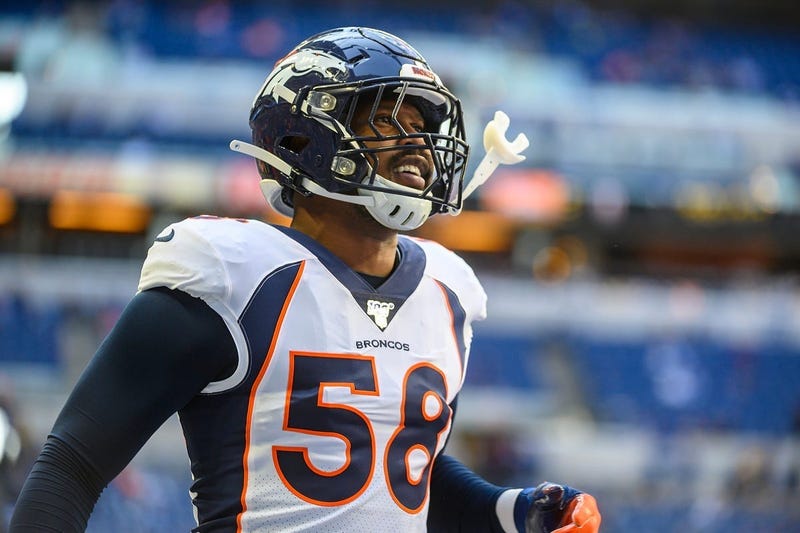 NFL star and Super Bowl 50 MVP Von Miller has a confirmed case of COVID-19, his agent @JobyBranion of @VanguardSG tells me. The #Broncos star is at home resting and in good spirits. He plans to speak publicly tomorrow.

One of the most dominant defensive players of the last decade and a future Hall of Famer, Miller joins a growing list of athletes affected by the coronavirus. Saints head coach Sean Payton battled COVID-19 last month while a number of prominent NBA players including former MVP Kevin Durant and Jazz star Donovan Mitchell have tested positive for the illness. Most of those cases have been resolved, though obviously the coronavirus has had a drastic effect globally, resulting in over 145,000 worldwide casualties including 34,522 in the United States, easily the most of any individual country.

The NFL is one of the few leagues that has yet to postpone or cancel play (likely because the season isn’t in session), though the upcoming draft has been altered significantly with teams slated to make their selections virtually for the first time. The unprecedented coronavirus outbreak has affected our daily lives in a way few could have imagined. Just in the last week the sports world has lost beloved photographer Anthony Causi and Jacqueline Cruz, mother of Timberwolves All-Star Karl-Anthony Towns. Professional sports leagues like the NBA and MLB have been busy working on contingency plans to salvage their respective seasons, though those efforts may be premature as most of the country is still under quarantine and will be for the foreseeable future.