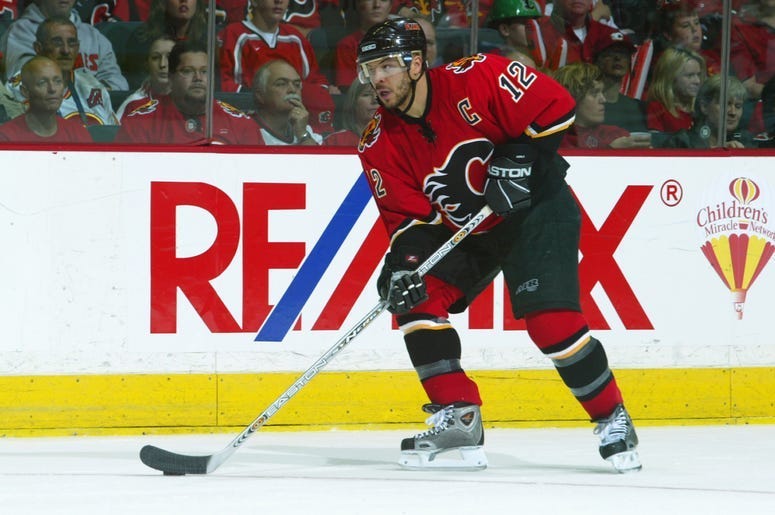 The Hockey Hall of Fame announced its 2020 class of members to be inducted later this fall in Toronto, Ontario.

It was chairman of the board Lanny McDonald who announced on Wednesday that six new members will be enshrined in the Hockey Hall of Fame, headlined by Jarome Iginla and Marian Hossa. The others who will join them in the Hall of Fame are Kevin Lowe, Doug Wilson, Kim St. Pierre and Ken Holland.

Iginla played 20 seasons in the National Hockey League primarily with the Calgary Flames, while also suiting up for the Pittsburgh Penguins, Boston Bruins, Colorado Avalanche and the Los Angeles Kings. In parts of 16 seasons in Calgary, Iginla played in 1,219 games for the Flames while scoring 525 goals and registering 1,095 points. He became captain of the Flames in the 2003-04 season, and served in that role until he was traded at the NHL Trade Deadline during the 2012-13 season.

In 1,554 career games in the NHL, Iginla put up 625 goals (16th overall in NHL history) and 675 assists for 1,300 points (34th all-time). He was a four-time NHL All-Star, while also winning the Maurice "Rocket" Richard Trophy twice as the NHL's leading goal scorer, and was also the Art Ross Trophy winner in the 2001-02 season as the league's leading scorer.

Iginla appeared in 81 career playoff games, where he scored 37 goals and added 31 assists for 68 points. However, the closest he got to ever winning the Stanley Cup was in 2004 when the Flames were defeated by the Tampa Bay Lightning in the Stanley Cup Final in seven games.

He was originally drafted in the first round (11th overall) of the 1995 NHL Draft by the Dallas Stars, but was traded to the Flames in December of 1995 in a deal that landed Hockey Hall of Famer Joe Nieuwendyk in Dallas.

As for Hossa, he started his career with the Ottawa Senators after they selected him with the 12th overall pick in the 1997 NHL Draft. After parts of seven seasons with the Senators, Hossa was traded to the Atlanta Thrashers, where he put up the two best years of his career with a combined 192 points (82+110) in 162 games played.

The native of Stara Lubovna, Czechoslovakia finally got his Stanley Cup ring the very next year after signing with the Chicago Blackhawks during the offseason. With Chicago, Hossa ended up playing in 534 games, while scoring 186 goals and 229 assists for 415 points. He would add another 73 points (21+52) in 107 playoff games, and won a total of three Stanley Cups with the Blackhawks between the 2010 and 2015.

Hossa was forced into ending his professional career following the 2016-17 season as he was suffering from a progressive skin disorder. He said that he intended to officially retire after his contract expires following the 2020-21 season.

Overall, Hossa was able to rack up 1,134 points (525+609) in 1,309 career games, while also winning three Stanley Cups and becoming an NHL All-Star once. He becomes the first native of Slovakia to be inducted into the Hockey Hall of Fame.

Lowe gets into the Hall of Fame after a 19-year NHL career with the Edmonton Oilers and the New York Rangers. In 1,254 games, the defenseman scored 84 goals and registered 347 assists for 431 points. He would be part of the Oilers dynasty that won four Stanley Cups between 1984-88 with Wayne Gretzky, while also winning the Stanley Cup in Edmonton in 1990. His other Stanley Cup championship came in 1994 when he was playing with the Rangers.

Wilson also played a long career in the NHL, spending 14 of his 16 years with the Blackhawks organization and two seasons with the San Jose Sharks. The offensive defenseman played in 1,024 career games while scoring 237 goals and 590 assists for 827 points. He finished his career ranked 12th on the all-time goals list among defensemen, while finishing 15th on the all-time list for points among defensemen.

After his playing career came to an end in 1993, Wilson went on to later become the general manager of the Sharks, where he currently serves in that role and has since 2003.

Finally, Holland will be inducted into the Hall of Fame this fall as part of the builder category. After an eight-year career of professional hockey primarily at the American Hockey League level, Holland got into the hockey operations side of the game when he took a scouting job with the Red Wings in 1985. He eventually worked his way up to becoming the general manager and Executive Vice President of Hockey Operations in Detroit before the 1997-98 season.

In 34 years with the Red Wings organization, 22 as the general manager, Holland built a legacy in Detroit as the team went on to win four Stanley Cups (three as general manager) and made the playoffs in 25 consecutive seasons from 1990 to 2016.

Following the 2018-19 season, Holland left the Red Wings organization to join the Oilers, where he became general manager and President of Hockey Operations.

The 2020 Hockey Hall of Fame class is expected to be inducted some time in November, but due to the coronavirus pandemic, that time could be pushed back to a later date.

Among the notable names that did not make the list of members into the Hall of Fame in 2020 included Daniel Alfredsson, Alexander Mogilny, Tom Barrasso, Shane Doan, Rod Brind'Amour, Jeremy Roenick, Keith Tkachuk and Pierre Turgeon.