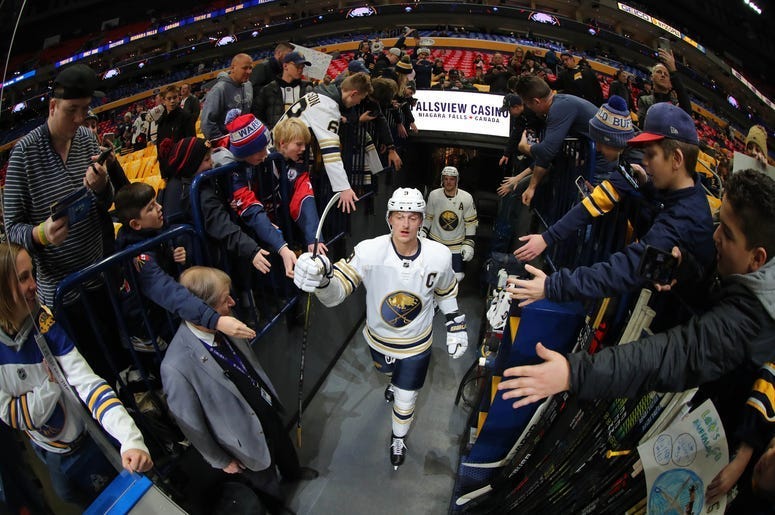 The NHL continues to announce finalists for 2019-20 individual awards. On Monday, the league announced each team's nominee for the King Clancy Memorial Trophy. Given to the player who, according to the league, "best exemplifies leadership qualities on and off the ice and has made a noteworthy humanitarian contribution in his community."

Jack Eichel is this year's nominee for the King Clancy.

The @NHL has announced the 31 team nominees for the 2019-20 King Clancy Memorial Trophy. https://t.co/FupLpsuIgA pic.twitter.com/Z379V56Zaw

Rob Ray is the only Buffalo Sabre to ever win the King Clancy Trophy. He did so in 1999.