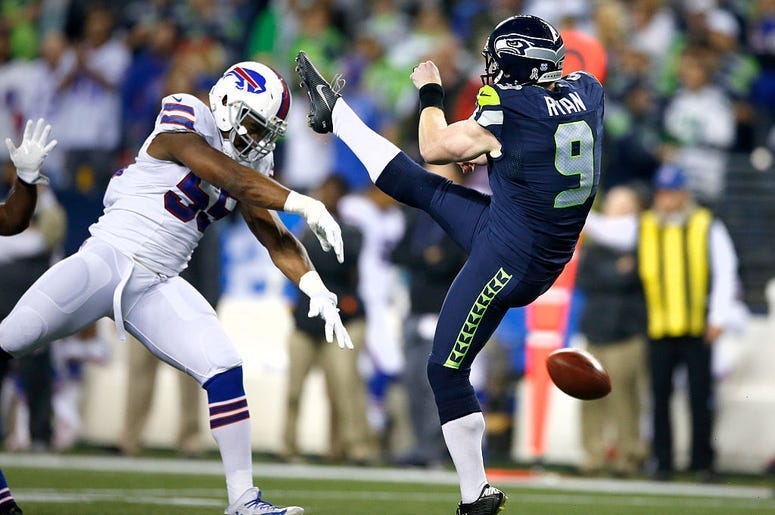 NFL Insider John Clayton said on Radio.com's 93.7 The Fan in Pittsburgh Wednesday that he believes the NFL is most likely to play all of their inter-conference games during the first four weeks of the season, just in case they have to cancel those games due to the COVID-19 pandemic.

.@JohnClaytonNFL tells @937theFan that the NFL schedule will be NFC vs AFC for the 1st 4 weeks of the season. Steelers play the NFC East. So 1st 4 games would be Cowboys, Eagles, Redskins, and Giants.

"Here's the way I gather, and this makes the most sense," Clayton said. "We'll see if it follows into pattern. The season will start with the inter-conference games first."

That means the Bills would open the season by playing, in an unknown order as of right now, home against the Seattle Seahawks and Los Angeles Rams and on the road against the San Francisco 49ers and Arizona Cardinals. By doing this, if the league did have to cancel the first four weeks, it would still allow for every team to have six divisional and twelve total conference games remaining. Therefore, no team would have a competitive advantage and the schedule would remain balanced when it came to determining playoff teams in each conference.

Clayton went on to say that weeks 5-6 would be the non-common intra-conference games. Those are the conference games that were determined based on order of finish the previous season. For the Bills, those games are home against the Pittsburgh Steelers and at the Tennessee Titans.

"Then you'll get the division games for about three weeks," Clayton said. So that's the New England Patriots, New York Jets, and Miami Dolphins for the Bills, either home or away for each.

The next four games would be the cross-over divisional games win the conference. The AFC East plays the AFC West this year, so for the Bills that would be hosting the Kansas City Chiefs and Los Angelas Chargers and traveling to the Las Vegas Raiders and Denver Broncos.

The final three games would all be AFC East matchups again to end the season.

"That, I think, is gong to be the premise of how they do it," Clayton said. "I think they'll set it up in two ways. One that they'll start the season in September, have the Super Bowl February 8th, and then the next one in mid-October, with the Super Bowl on February 28th with no bye weeks."

The assumption here is that Clayton meant to say February 7th, not 8th, which is the actual scheduled date of Super Bowl LV in Tampa.

If this is all indeed the case, you can comment on the order you'd like to see these games played by replying to the tweet below: