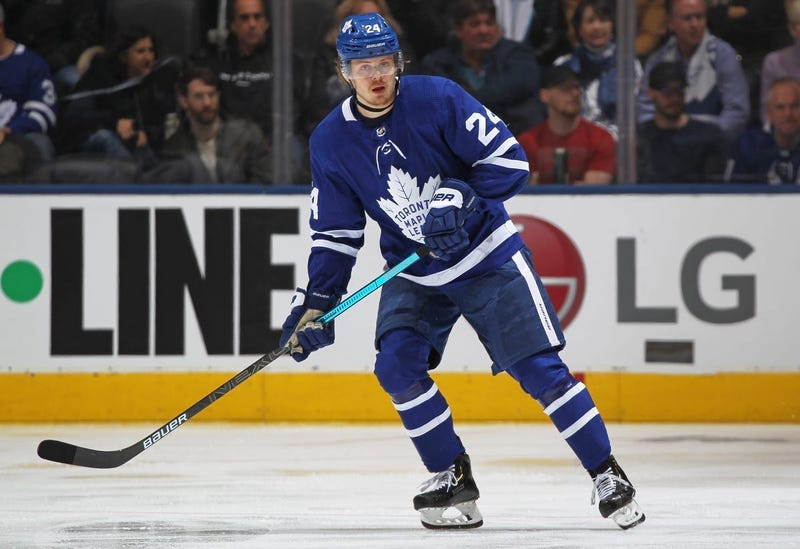 August 25, 2020 08/25/2020 4:47 pm
The Toronto Maple Leafs appear to be clearing some salary cap space ahead of the 2020-21 season with the trade of forward Kasperi Kapanen to the Pittsburgh Penguins.
The trade sees the 24-year-old winger heading back to the Penguins as part of a seven-piece package, along with defensive prospect Jesper Lindgren and depth forward Pontus Aberg, in exchange for forward Evan Rodrigues, defenseman David Warsofsky, forward prospect Filip Hållander and a first round pick (15th overall) in the 2020 NHL Draft.

Kapanen was originally drafted by Pittsburgh in the first round (22nd overall) in the 2014 NHL Draft before he was traded to the Maple Leafs as part of the Phil Kessel trade back on July 1, 2015. In parts of five seasons played in Toronto, Kapanen scored 41 goals and added 49 assists for 90 points in 202 games.

In the Stanley Cup Qualification Round against the Columbus Blue Jackets this summer, Kapanen registered just two assists in five games played. The Maple Leafs were eliminated once again from postseason contention, and have not won a playoff series since the 2004 Stanley Cup Playoffs.

With Kapanen now off the roster in Toronto, the Maple Leafs have cleared $3.2 million of cap space. Kapanen has two more years left on his current contract.

As for some other pieces of this deal, former Buffalo Sabres forward Evan Rodrigues is back in the Atlantic Division with his move to Toronto. However, David Pagnotta from The Fourth Period reports that he expects the Maple Leafs to let Rodrigues become an unrestricted free agent this offseason by not extending him a qualifying offer as a restricted free agent.

After being moved by the Sabres to the Penguins at the NHL Trade Deadline in February as part of the Dominik Kahun trade, the 27-year-old appeared in seven regular season games, scoring just one goal. However, Rodrigues found himself as a healthy scratch for the Penguins during the entirety of their qualifying round matchup against the Montreal Canadiens, where they ended up losing in four games.

Toronto also acquired a first round pick in the 2020 NHL Draft, which the team did not have heading into Tuesday. The Maple Leafs moved their original first round pick (12th overall) to the Carolina Hurricanes as part of the Patrick Marleau trade last offseason to clear more cap space.

Pittsburgh elected to keep their 2020 first round pick instead of trading it to the Minnesota Wild as part of the Jason Zucker trade this past February. Instead, they sent Minnesota their first round pick in the 2021 NHL Draft, keeping the 15th overall pick to use to acquire Kapanen.

The other notable piece of this trade is Hållander, who was Pittsburgh's second round pick (58th overall) in the 2018 NHL Draft. The 20-year-old winger was one of the Penguins' better prospects in their pipeline, putting up 35 points (12+23) in 72 combined games over the past two years playing in the Swedish Hockey League. He is set to play the 2020-21 season once again in the SHL with Luleå HF.