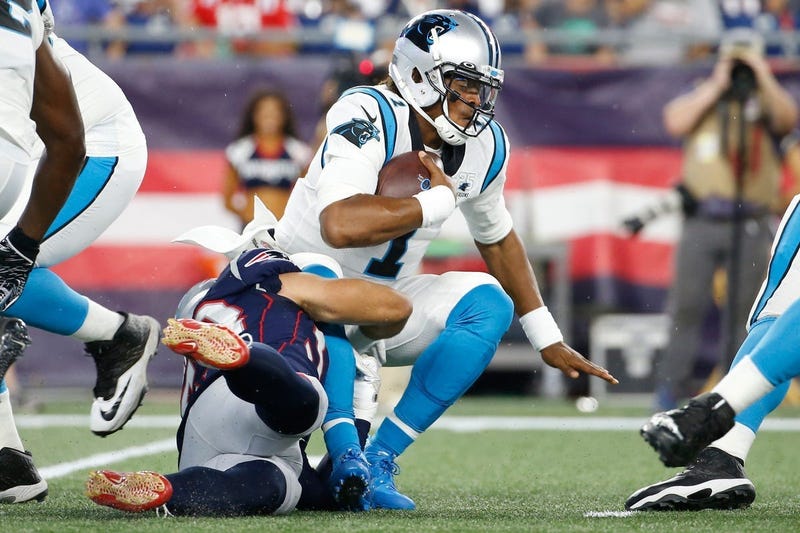 The Patriots have another quarterback in the building.

According to NFL Media's Ian Rapoport, Newton's deal is worth up to $7.5 million.

Newton was released by the Panthers this offseason after playing just two games last year while battling a Lisfranc injury. He had started at least 14 games in each of his first eight seasons in the NFL before that.

His best season came in 2015, when he threw 35 touchdown passes and ran for another 10 to lead the Panthers to a 15-1 record and a trip to the Super Bowl, where they lost the Broncos.