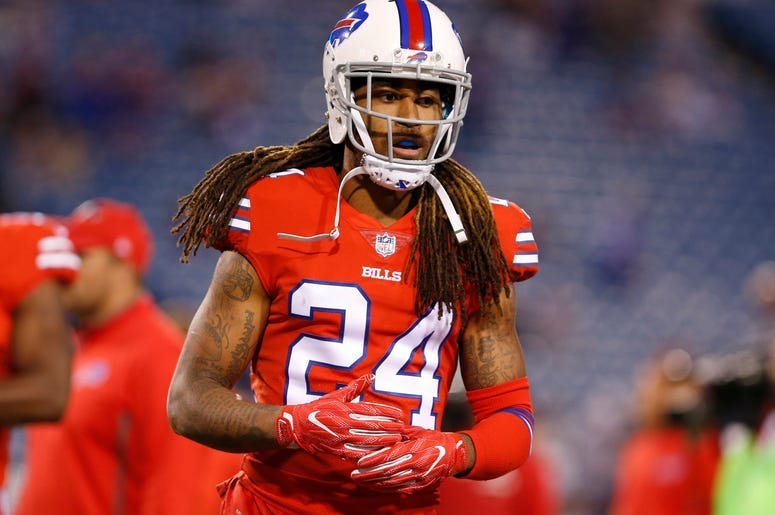 The first NFL Draft of a new decade is officially one week away. Taking a look back at the last decade of drafts for the Buffalo Bills, the 10 classes feature a ton of ups and downs, huge hits, and brutal misses.

Seems fitting considering where the Bills were to start out the 2010s, among the worst teams in the league. Yet, as each draft passed by, one could slowly see the competence starting to seep in.

Fast forward through multiple regime changes, and it appears Bills general manager Brandon Beane and head coach Sean McDermott may finally have Buffalo among the most well-run organizations in the league.

Beane and McDermott have had a lot of early success in their three drafts. The same couldn't always be said for former regimes run by Buddy Nix, Doug Whaley, or Rex Ryan.

Going through the process of ranking the draft classes of the 2010s among each other, there was a focus on what each player did for the Bills, rather than their overall success with all teams they played for.

It looks good for a front office if they identified a talent, and they went on to be that player regardless of team. However, if they didn't find that success in Buffalo, or get the Bills some value through a trade, how can it be considered a succesful pick?

Oddly enough, the draft that nobody knew who was calling the shots between Whaley and McDermott, actually looks like the best class of the decade right now.

Yes, the Bills traded out of the pick that ended up being Patrick Mahomes. But the trade gave Buffalo an extra third and a 2018 first round pick, and they still grabbed Tre'Davious White with the Chiefs first rounder.White is now in the conversation for best cornerback in the NFL.

Zay Jones and Nathan Peterman were brutal misses, but Dion Dawkins and Matt Milano are key, core pieces to the team now. The Bills are talking with both players about contract extensions this week.

It might be a bit of a stretch to rank the 2019 class No. 2 after just one year, but it looks like such a promising group of players. Not to mention the fact that this list doesn't include a lot of impressive draft classes.

Ed Oliver at ninth overall looks like a steal. In his rookie year, he already became one of the most efficient pass-rushing defensive tackles in the league.

Speaking of efficiency, that was Devin Singletary's middle name in 2019 as he became the featured running back in the backfield.

Dawson Knox needs to fix the drops, but it is clear how much upside there is in his abilities as a receiving tight end. The amount of difficult catches and big plays downfield he had as a rookie should excite fans.

If Cody Ford can bounce back in Year 2 as a solid starter either inside or out, this was a home-run class.

Depending on what happens with Josh Allen, this class could move up to #1 on the list, or it could fall to the bottom.

After two years under center, there has been a lot of promise in his game, but a lot of improvements need to be made in Year 3 to take that next step.

It has been good enough combined with a perfect linebacker for the modern NFL in Tremaine Edmunds, a solid slot cornerback in Taron Johnson, and role players on defense in Harrison Phillips and Siran Neal, to get in the top-three of this list.

The 4-12 2010 season wasn't enough to get the Bills Cam Newton in this draft, but this class did ok on all three days.

Say what you want about Marcell Dareus and how his stint with Buffalo ended, but he had 28.5 sacks in his first four seasons. That included a 7.5 and 10 sack season back to back. It's safe to say people would be just fine with those numbers for Ed Oliver no?

Aaron Williams didn't pan out at CB, but he became a really solid starting safety before injuries cut his career short. In his first season as a safety in 2013, Williams had 82 tackles, four interceptions, and 11 pass deflections.

Kelvin Sheppard got the Bills Jerry Hughes in a trade with Indianapolis so that pick worked out in a different kind of way. Even later picks like Da'Norris Searcy, Chris Hairston, and Justin Rogers saw time as starters too.

This class saw many players that were solid starters in Buffalo, but they went on to have better careers elsewhere. Stephone Gilmore is seen as a top-two CB in the NFL with New England but he was a really good starter with the Bills as well.

Cordy Glenn was a six year starter at left tackle and then the Bills were able to trade him to the Cincinnati Bengals, in exchange for a swap of first round picks in 2018. That gave the Bills the 12th overall pick rather than 21st overall. They then moved up to the seventh pick to select Josh Allen.

Nigel Bradham also went on to have a better career with the Philadelphia Eagles, however, he surpassed 50 tackles in all four seasons as a starter with the Bills. That included a 104 tackle season in 2014 where he also had 2.5 sacks and an interception.

A tough pill to swallow in this class was the third round selection of T.J. Graham. There were probably a few better options available. Does the name Russell Wilson ring a bell?

The deepest WR class in NFL history saw the Bills trade a future first round pick to move up for Sammy Watkins. That was a brutal mistake as Watkins wasn't (and isn't) close to the player that Odell Beckham Jr., Mike Evans, DaVante Adams, and a dozen others have become.

The Bills could have drafted those players without giving up any picks, especially not a first.

In fairness to Watkins, he did have at least 900 yards receiving in two of his three seasons with the Bills. He also had 15 touchdowns in his first two years. He has actually had his best statistical seasons in Buffalo.

With the draft classes left to rank, this class still isn't nearly as bad as some of the others. Preston Brown was a fine starting LB. They even got two years out of seventh round pick Seantrel Henderson as a starter.

Ronald Darby had a killer rookie season with 68 tackles, 21 pass deflections, and two interceptions. He struggled in year two however, and then was shipped off to Philadelphia where he struggled on the field, and with health for three years.

John Miller started in at least 12 games during three of his four seasons with the Bills. Karlos Williams had nine touchdowns in his only season in 2015....but we all know how that story ended.

The draft that every team knew to avoid a QB in the first round.....except for the Bills. It may go down as the worst QB class of all-time. Yet, Nix and Whaley didn't listen and selected EJ Manuel. It only took Manuel one year before eventually losing his job to a QB that chewed tobacco on the sidelines and had the nickname "Uncle Rico".

But hey, we'll always have "his" game-winning drive against Carolina during his rookie season when he check-downed his way to the end zone right?

Robert Woods was always underrated and underutilized in the offense. That was a good pick.

Kiko Alonso was a rookie of the year finalist before missing his entire second season due to an injury. He did get the Bills LeSean McCoy in the blockbuster trade with Philadelphia so that counts for something.

Can't forget what an awful pick Marquise Goodwin ended up being in the third round.

This is the draft where Rex Ryan tried to reshape the defense in his image, after destroying the elite defense that was in place when he took over in 2015.

Shaq Lawson was only a good starting defensive end in his final, contract season in 2019. He had just just 10 sacks in his first three seasons.

Reggie Ragland missed his rookie season due to an injury and then was traded to Kansas City. Adolphus Washington lasted just three seasons in the league.

Can't do much worse than this class....or can you?

Hard not to burst out laughing reviewing this class while feeling slightly embarrassed for ever supporting a team that had this bad of a front office.

Where do we begin? First, Nix takes a running back in C.J. Spiller at 10th overall, despite already having Marshawn Lynch and Fred Jackson on the roster. Even after Lynch left for Seattle, Spiller surpassed 1,000 rushing yards just once.

Let's at least give Arthur Moats his due. He did end Brett Favre's record of most continuous starts at 297 games.

The later years of the 2010s had some successful draft classes, but it is safe to say the decade as a whole was extremely dissapointing when the draft rolled around. Here is to hoping the 2020's go a lot better. Early indiciations say it will.