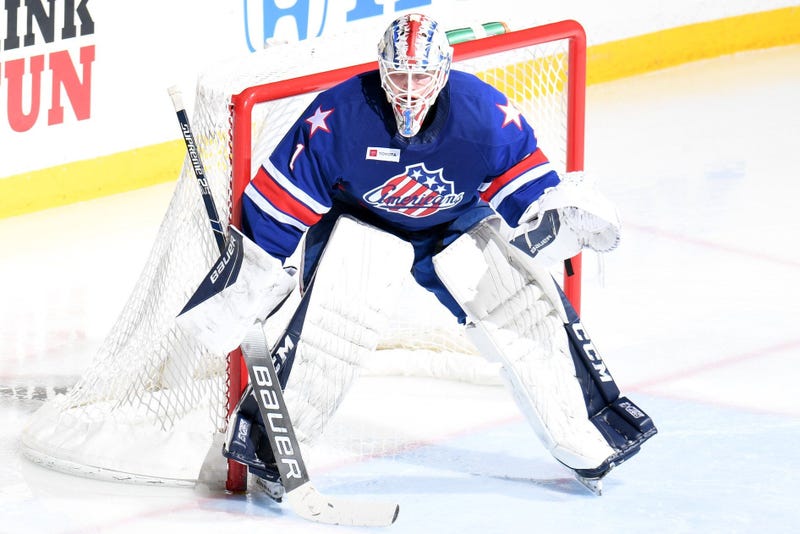 The highly-touted netminder had a progressive first season of professional hockey with the Cincinnati Cyclones of the ECHL. The 21-year-old appeared in 23 games for the Cyclones last year, going 12-7-3 with a .912 save percentage, three shutouts, and he also finished third in the league with a 2.24 goals-against average. He was named as an ECHL All-Star in his rookie season, while also earning ECHL Goaltender of the Month honors for the month of November.

Luukkonen also appeared in 10 games with the Rochester Americans in the AHL, but struggled, at times, with a 3-4-3 record, a 3.15 goals-against average and a .874 save percentage. It is expected that Luukkonen is going to compete for the starting job in Rochester this upcoming season as he continues to take the next step in his development.

The native of Espoo, Finland was Buffalo's second round pick (54th overall) in the 2017 NHL Draft. He was drafted out of HPK's program in the Finnish Liiga, but he ended up leaving the program to play in North America starting in the 2018-19 season when he joined the Sudbury Wolves in the Ontario Hockey League. That season saw Luukkonen winning the gold medal with Finland at the IIHF World Junior Championship, while also winning the Red Tilson Trophy as the OHL's Most Outstanding Player.

Buffalo has already extended the loan agreement for forward Arttu Ruotsalainen, who will also play in the Finnish Liiga with Ilves until the start of training camp this year.

NHL training camps are expected to open for all 31 teams on Thursday, Nov. 17, as was announced back on July 10 when the NHL and the NHL Players' Association ratified the Return To Play plan and the extension of the collective bargaining agreement.

The 2020-21 Liiga season is expected to get underway this year on Thursday, Oct. 1 with TPS' first game coming on Friday, Oct. 2 against ?ss?t.