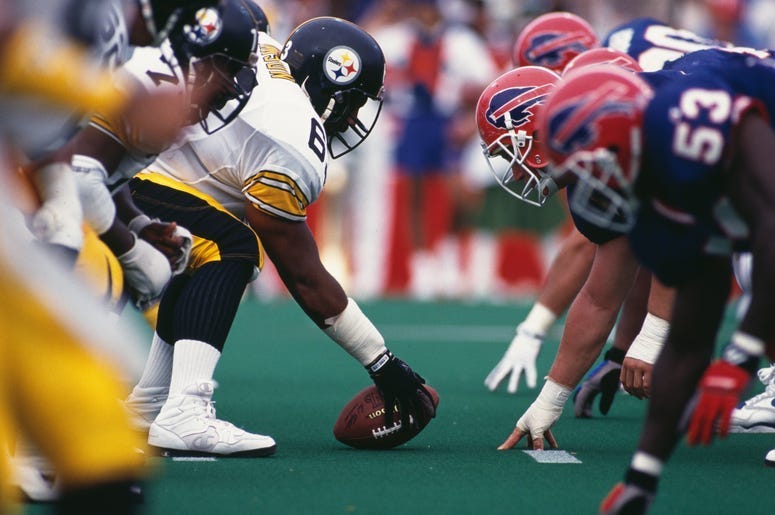 In Buffalo sports history, there have been some classic uniforms and jerseys worn by the Bills, Sabres, Braves and Bisons! There have also been a number of great sports uniforms worn all across the sporting landscape in the National Football League, National Hockey League, Major League Baseball, and more!

But what were the best uniforms to ever be worn in sports?

The afternoon crew of WGR Sports Radio 550 decided to draft some of those uniforms on Friday in the WGR Uniform Draft!

This draft featured both Mike Schopp from the Dunn Tire Studios in Amherst, while Chris "Bulldog" Parker was broadcasting from his attic studios at home. In addition, the guys welcomed current WGR morning show producer Brayton Wilson, filling in for "Sneaky Joe" DiBiase, as well as former WGR morning show producer and current author of Purple Insider covering the Minnesota Vikings, Matthew Coller!

The rules are simple: pick the best sports uniforms and fill up the board.

Follow along with the festivities by using the hashtag #UniformDraft on Twitter, or you can track all of the picks made below:

Be sure to tune in for the start of the draft at 4 p.m.