Beckham has played in 23 games for the Browns over the past two seasons, and we've yet to see him consistently look like the Hall of Fame-caliber player that he was at the outset of his career. Granted, his first season in Cleveland was an unmitigated disaster for the team as a whole and his second season was ended prematurely by a torn ACL, but the three-time Pro Bowler has averaged just 58.9 receiving yards per-game with the Browns, as opposed to 92.8 in five seasons with the Giants.

During his time in Cleveland, you've still seen flashes of the generational playmaker that Beckham appeared to be early in his career. For example, in a win over the Dallas Cowboys last October, Beckham had five catches for 81 yards and two receiving touchdowns, while also running for 73 yards and a touchdown on the ground. In the four other full games he played last season, though, Beckham didn't have more than 74 receiving yards in a single game.

While it would hardly be shocking if Beckham re-emerges as one of the game's top receivers in 2020 and the Browns make a Super Bowl run, he currently finds himself on the outside looking in of the top wideouts in the game.

Here are our projected top-10 wide receivers in the NFL for the 2021 season: 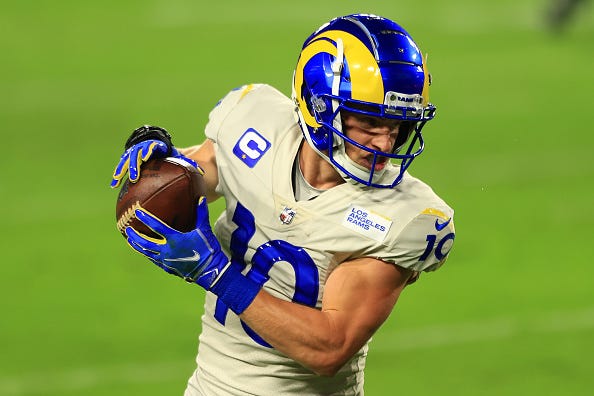 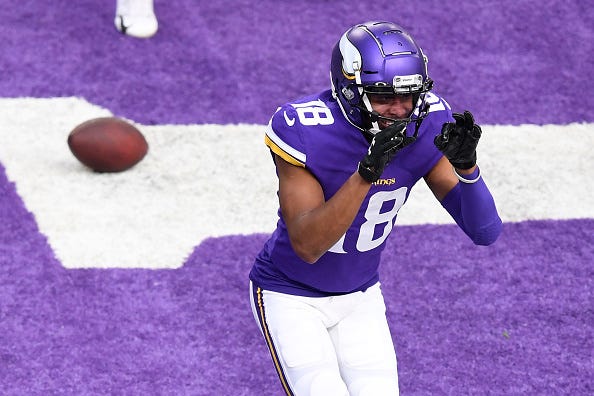 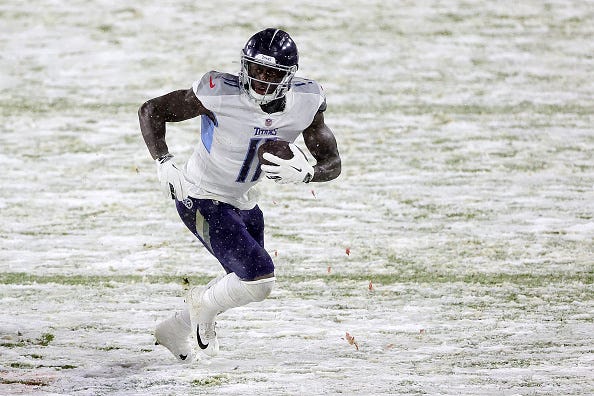 How good was Brown in his second NFL season? So good that Pro Football Focus graded the former second round pick as the third-best wide receiver in the NFL last year. In January, Brown had what he called "cleanup" surgery on both knees, which is something to monitor, as is the departure of offensive coordinator Arthur Smith, now the head coach in Atlanta. Still, the Titans added future Hall of Famer Julio Jones - who was one of the first names off this list - across from Brown after an 11-touchdown season. We're expecting big things. 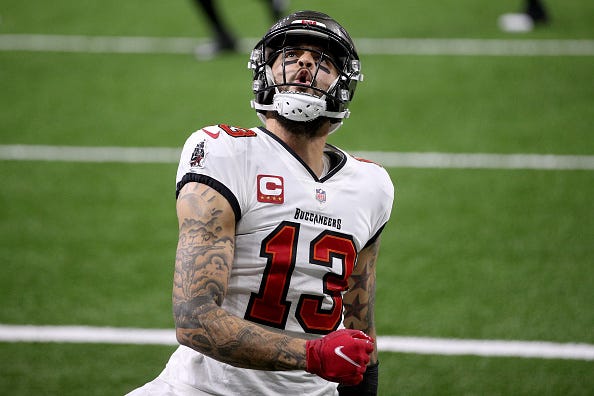 It felt like Evans was never completely healthy a season ago, and yet he still hauled in 70 passes and racked up 13 touchdowns, while topping the 1,000 receiving yards mark for the seventh-straight season to begin his career. Assuming better health this season and accounting for the fact that Tom Brady should feel much more comfortable in Bruce Arians' system this year, Evans should continue his march towards Canton. 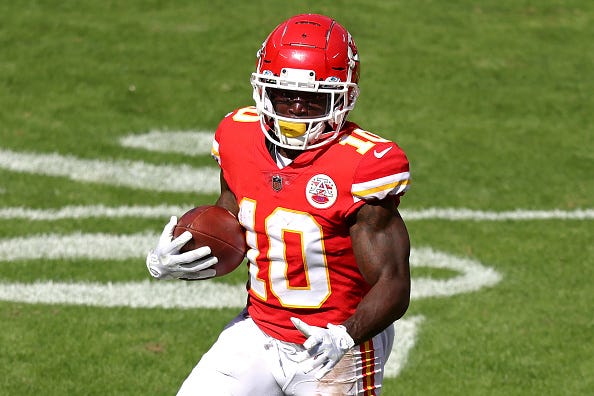