Thanksgiving day is almost here and for most people across the country, that means enjoying a delicious feast consisting of turkey and mac & cheese and a three-course serving of NFL action.

Keeping true to tradition, the Cowboys and the Lions are both scheduled to play at home, having done so since 1978. This leaves the primetime game featuring a Bills-Saints matchup.

Here is an overlay of everything you need to know about when and where the games will be player and how you can listen on Audacy.com.

• The Detroit Lions have played in 80 Thanksgiving games in franchise history. They are 37-42-2 in those matchups.

•The Lions and Bears meet up for the 184th time with Chicago holding claim to a 103–75–5 record against their division rivals.

•Detroit lost the first matchup this season to the Bears 24-14 in Justin Field's first win as an NFL quarterback.

For full Cowboys coverage on Audacy, listen to 105.3 The Fan here 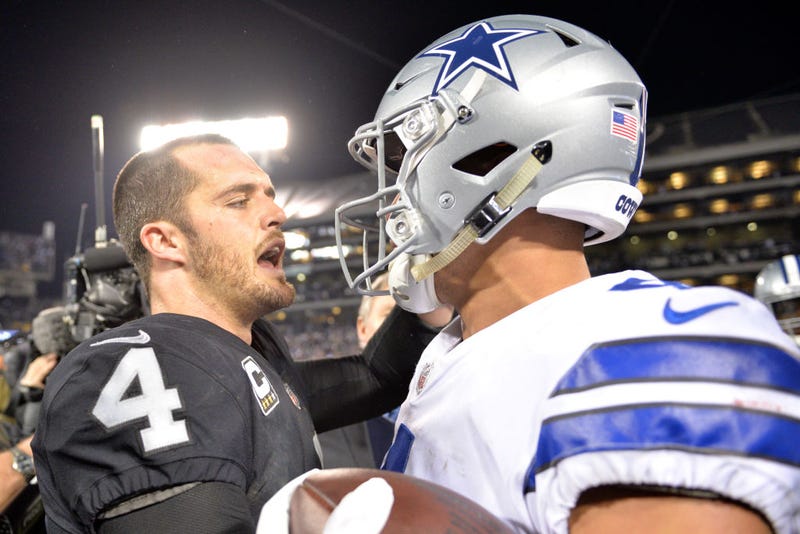 • The last time the Raiders and Cowboys played on Thanksgiving came back in 2013 where the Cowboys beat the Raiders 31-24 behind a three-touchdown performance from DeMarco Murray.

• This is the first time the two franchises are playing each other since 2017, where the Cowboys squeaked by the Raiders 20-17 due to a controversial call made on fourth down. Dak Prescott ran a QB sneak leading the chain gang to come out on the field. Prescott was inches short of the first down marker, but referee Gene Steratore put a folded index card in between the ball and the stick, and it touched-- giving Dallas the first down and a chance to nail a field goal which ultimately won them the game.