Coming off an AFC Championship Game appearance and almost every starter on both sides of the football and every coach returning, the Buffalo Bills have high hopes again heading into their 2021 season opener with the Pittsburgh Steelers.

But to get back to where they were last season, and maybe even a step further, they’ll, of course, want to get off to a good start against a conference opponent.

Here are my three keys to Sunday's game in Orchard Park, plus notes and stats: 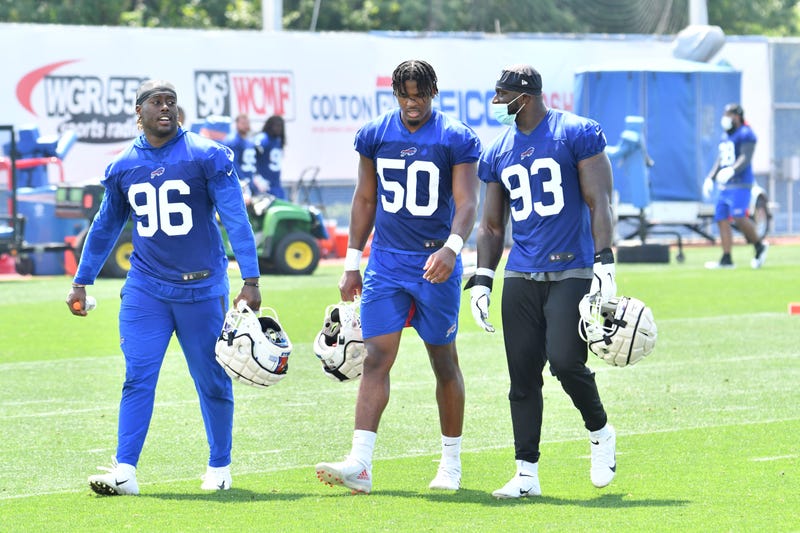 The Bills made a major and concerted effort this offseason to add to their defensive line, and specifically to improve their pass rush.

Buffalo drafted defensive ends Greg Rousseau and Carlos "Boogie" Basham with their first two picks, and also signed Efe Obada as a free agent from the Carolina Panthers. Not to mention, 2020 second round pick (first pick for the team that draft) A.J. Epenesa had, what almost amounted to, a red-shirt year last season due to no minicamps or preseason.

Right off the bat, this group will go against a Steelers’ offensive line that includes two rookies and a lot of question marks. Given all the resources the Bills have spent remaking their defensive front, the unit needs to make those investments pay off immediately.

After finishing as the runner-up for league MVP last season and having a tremendous training camp and preseason, Bills quarterback Josh Allen will look to continue his impressive ascension to one of the top signal-callers in the NFL.

Now in his fourth season playing in offensive coordinator Brian Daboll’s system, the two will look to get off to a hot start. However, they will have to do it against a Steelers team that finished third in the NFL last year in passing yards allowed per-game (194.4) and per-play (5.91), first in sacks per-pass attempt (10.65%), second in interception rate (3.42%), and fifth in third down percentage allowed (31.39%).

Allen completed only 55.81% of his passes last season against the Steelers, his second-lowest completion percentage of the year.

Steelers defensive end T.J. Watt became the highest-paid defensive player in the league after signing a $112 million contract extension earlier this week. He’s not only going to be on the field, but looking to immediately prove he’s worth all that money.

So far he has been.

That said, the Bills - particularly right tackle Daryl Williams - did a nice job on him last season when the two teams played, holding him to two total tackles and no sacks. It was the only game of the team’s last five he did not get to the quarterback. They’ll have to have something of a similar performance Sunday to make sure he doesn’t spoil the Bills’ plans. 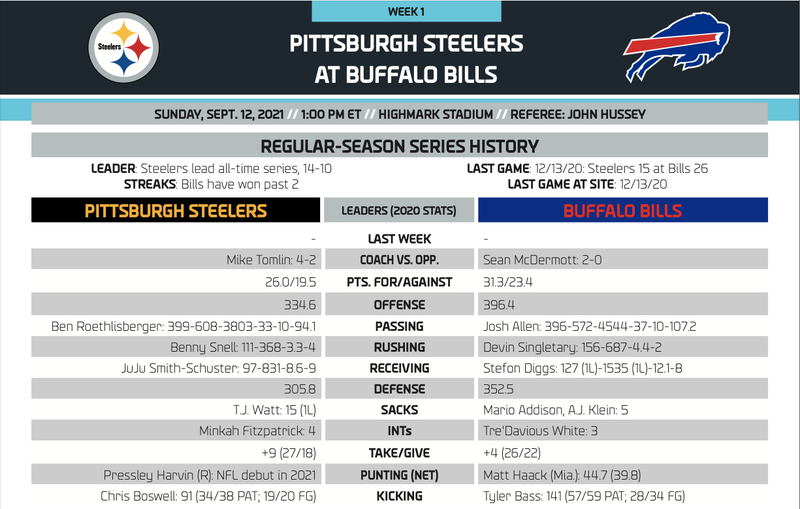 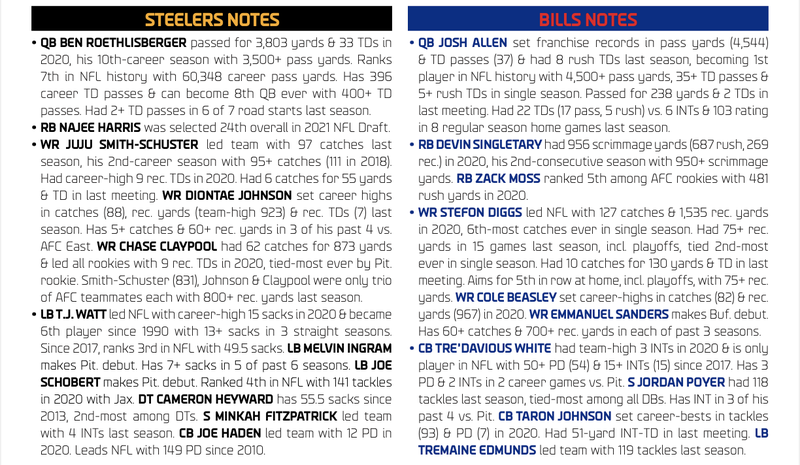