Buffalo, N.Y. (WGR 550) – With back-to-back games, the Buffalo Sabres elected not to hold a morning skate on Monday. Buffalo will tangle with the Columbus Blue Jackets, as they try to figure out how to play a full 60 minutes.

The Sabres showed no fear in the first 40 minutes of Sunday night's contest with the New York Rangers. But after giving up four goals to Buffalo in 40 minutes, Rangers head coach Gerard Gallant elected to switch goaltenders and the Sabres never tested Igor Shesterkin. Buffalo did not produce a third period scoring chance and let Shesterkin basically stand there for 20 minutes, make four easy saves and pick up, probably, the easiest win of his career.

At the other end, Aaron Dell was under siege, and with 0.7 seconds left in regulation time, the Sabres, once again, cracked under the pressure of trying to protect and clear a puck and lost, 5-4.

Buffalo did play 40 minutes without fear, but the recipe of being outshot 36-22, and being out chanced 2-to-1 isn’t going to win you many games. 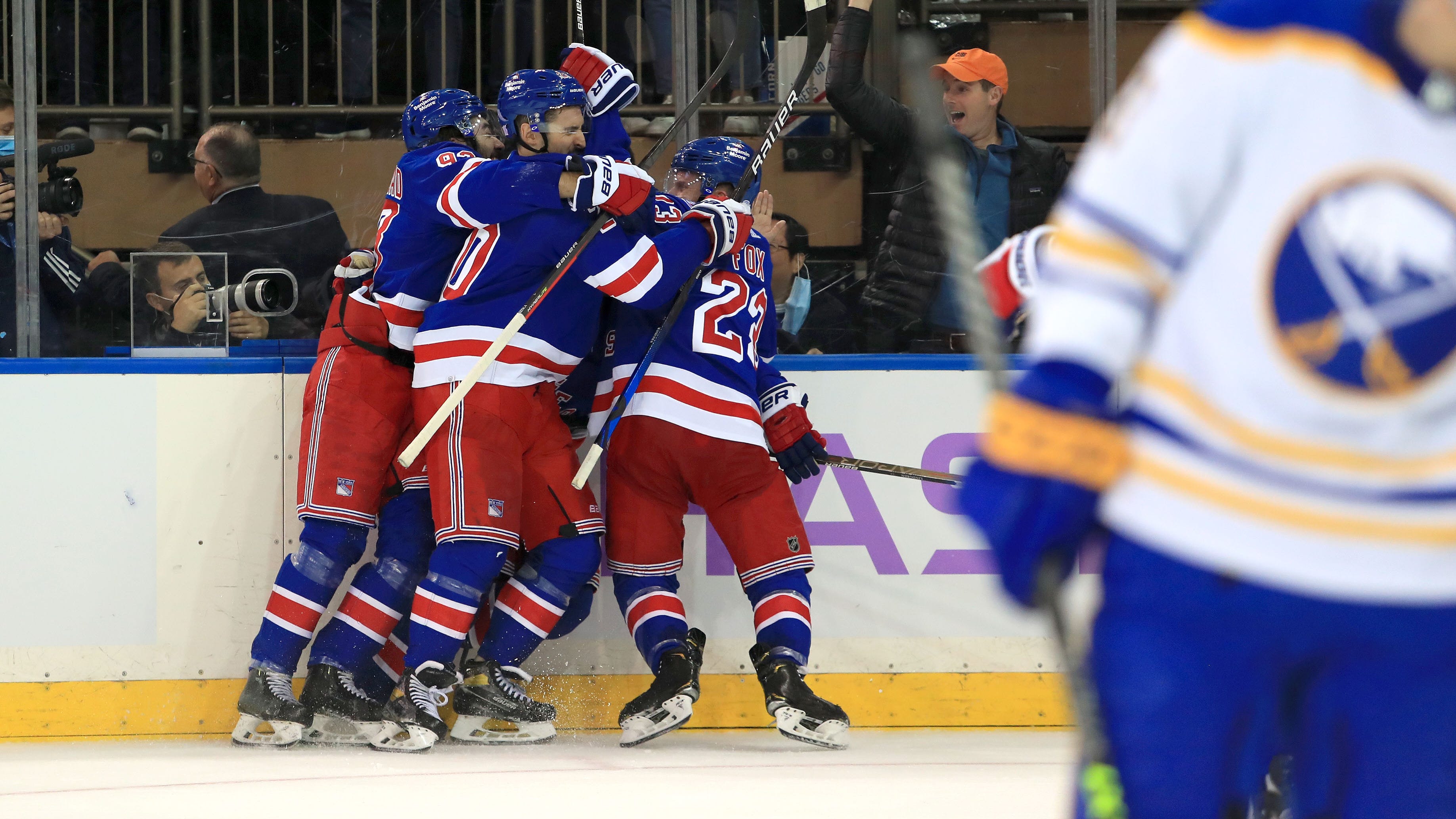 With Dell playing on Sunday, Dustin Tokarski likely gets the assignment against the Blue Jackets on Monday. So far this season, Tokarski is 3-4-2 with a 3.07 goals-against average and a .909 save percentage. The 32-year-old has won two of his last three starts.

Columbus will be making its first appearance in Buffalo since February of 2020. Buffalo has only won two of its last 10 games, and have been severely outshot and outchanced in most of them.

In the last three games, the Sabres have allowed 115 shots, while taking only 68.

The Sabres had appeared to be a better team early in the season, but injuries to Casey Mittelstadt, Henri Jokiharju, Craig Anderson, Victor Olofsson and Jack Eichel, which is now Alex Tuch, has really exposed their lack of depth. The Sabres are now ranked 25th in points percentage at .471.

Olofsson was able to return on Sunday after missing eight games.

The Sabres have allowed a power play goal in six-straight games, and what used to be the strength of this team has now fallen to 22nd in the league.

Buffalo is the worst team in the NHL at faceoffs, winning just 44.7% of their draws. That means they’re constantly starting without possession of the puck and have to chase to get it back.