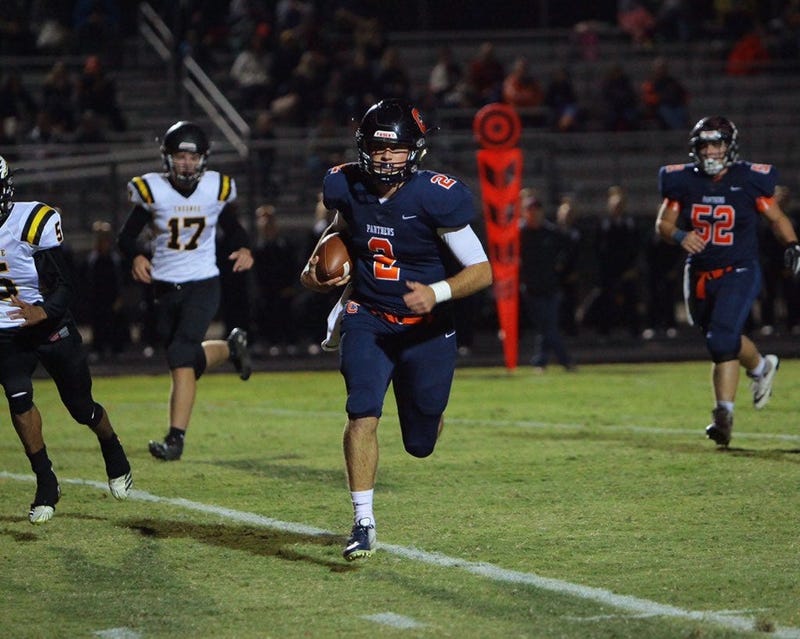 As we enter week five of High School Football, putting up those many points are quite un-heard of. 299 is the amount of points Chapman has scored through five games in 2019. Eastside, on the other hand, has scored 206 points through only four games. Both of these teams are equipped with very high powered offenses, and they just happen to meet each other this Friday night.

The Panthers have rolled through Union County, Seneca, Boiling Springs, Blue Ridge & Woodruff in their 2019 campaign. Chapman has been led by Georgia State commit Mikele Colasurdo who has already eclipsed the 1,000 yard mark on the season. This last non-region game could be one of the better games remaining on the schedule. Eastside has defeated Southside, Riverside, Wade Hampton & Broome.

Andre Woolcock (Eastside Head Coach) knows this matchup for his Eastside Eagles is going to be a tough test. I spoke with him Saturday on the Saturday Morning Scramble and he really respects what Chapman has done in these first five games. Mark Hodge has brilliantly led this Panther squad throughout the season and has the Panthers in very good position to make another run to Columbia.

Chapman may be the more tested team through the first half of the 2019 season and that will play a big part in the game on Friday. I have several questions that I need answered regarding this matchup on Friday.

1) Does Eastside have a defense that is capable of slowing down Chapman? The Eagles gave up 32 to Wade Hampton two weeks ago and gave up 26 to Broome last week.

2) Can Marshall Skoloff (Eastside Quarterback) be as productive as Eastside needs him to be in order to keep up with Chapman?

3) Has Eastside seen anyone with the plethora of weapons that Chapman has?

In summary, I cannot convince myself that Eastside can be competitive enough against Chapman in order to pull out the upset. I will have my picks on Thursday in my weekly picks article.