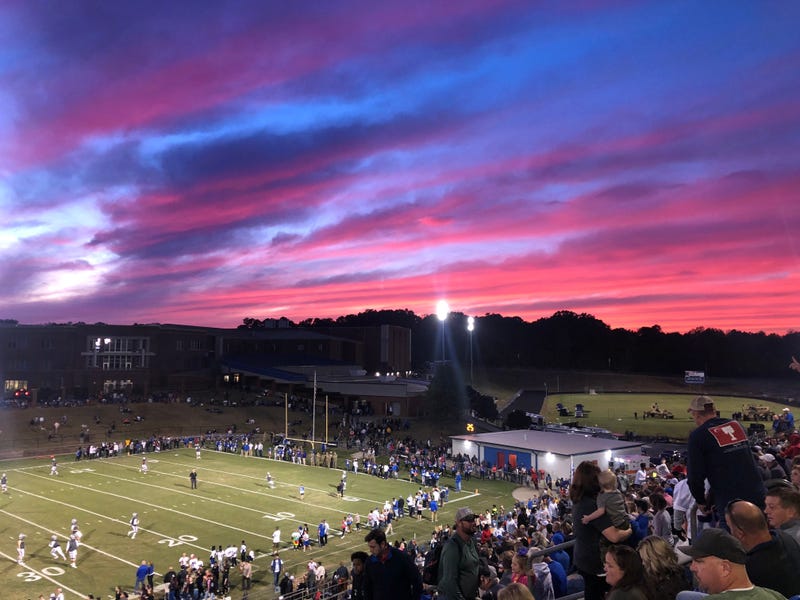 In a blink of an eye, we are nearing the end of High School Football season. With several teams clinching the drivers seat for the region last week, we now look ahead to Week 9.

Boiling Springs at Gaffney: The Bulldogs are coming off two straight wins and have momentum that they are riding into the reservation. Gaffney, in my opinion, is the better team, but I think this game will be closer than most are thinking. I really like Boiling Springs to be competitive through three quarters but Gaffney's Stan Ellis will have a big play that opens this game up. The Bulldogs will need to have a great rushing attack with Charles McFadden and keep that Gaffney offense off the field. I like the Indians to make a few big plays to close this game out in the 4th quarter.

Dorman at Mauldin: Dorman comes off their biggest win of the season against the Byrnes Rebels and the Cavaliers are a win away from being crowned the Region II-5A Champs. I do think Dorman will clinch it this Friday night. Mauldin is coming off of a big win over Spartanburg, but Dorman will be too much for the Mavericks.

Hillcrest at Byrnes: Byrnes coming off of their first loss of the season to Dorman, will they bounce back? Hillcrest is a team that hasnt had the best season, but they still have lots of talent. I think Byrnes comes out a little sluggish, but then turns it on in the 2nd half. I like the Rebels to bounce back.

Spartanburg at Riverside: Things haven't gone the Vikings way this seaaon, but things will this Friday at Riverside. The Warriors are win-less and the Vikings should win without any problem.

Eastside at Greer: The Yellowjackets of Greer finally found something last week vs Berea, but Berea is a totally different animal than the Eastside Eagles. Eastside is 7-1 this season under Andre Woolcock and I like this potent Eagles offense to continue to soar. Greer finally has some confidence, but I think Easstisde is too much to handle.

Southside at Chapman: Chapman comes off of a BYE week, and I think the Panthers will continue to run they have had this season under Mark Hodge. Southside is 4-3 on the season, and comes off two straight losses to Chesnee & Broome. I like the Panthers to continue to put opponets away early.

Broome at Carolina: Carolina is 1-7 on the season while Broome is 4-5. Carolina has continued to struggle and will again this week as Broome rolls.

Newberry at Union: I think this is a very entertaining game, but the raw talent that Union County has I think will be too much for Newberry. The Bulldogs are 5-3 on the season riding a two game win streak, but Union County just has more playmakers. This is an even matchup and I like Union to get it done at home.

Woodruff at Mid-Carolina: Woodruff has had a good season, and Mid-Carolina has not. Woodruff has momentum after a shut-out win vs Emerald and I like the Wolverines to get two in a row this week.

Landrum at Blacksburg: This is not only a big game for Landrum, but it is a must win game for the Cardinals. Landrum sits at .500 on the season, but they are still looking for their first region win. In such a small region, wins can come at a premium. The Wildcats of Blacksburg are 5-3 on the season, and I like Blackburg to move to 6-3 on Friday night. Cole's Pick: Blacksburg 34, Landrum 21

Greenville at Berea: After Greer unloaded on Berea last week, I do not think the bleeding stops this week. I think Greg Porter & his Red Raiders show up and show out this week and put Berea at 1-8 on the season. This game will not be close.