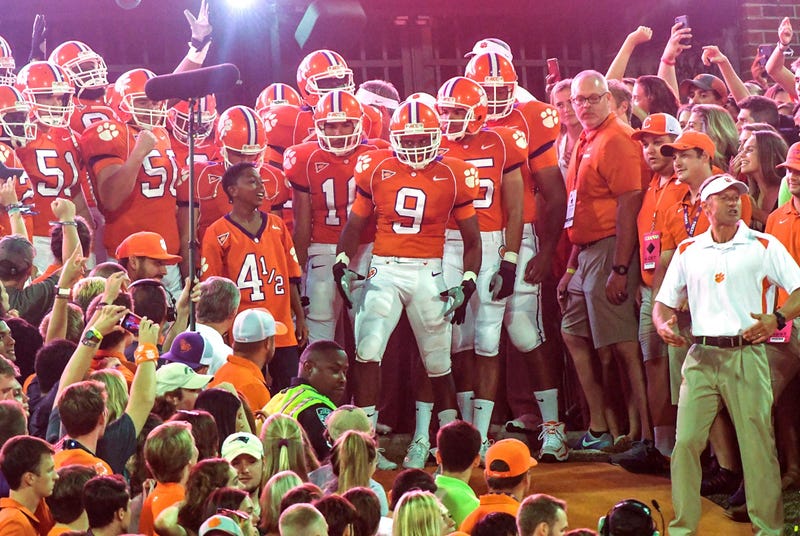 Don’t call it a cult. Call it family.Outsiders love to call Clemson that. A “cult”. Afterall, doesn’t almost every program call itself a family? Doesn’t almost every program espouse the values “family” and “togetherness”? Outsiders love to poke fun at the way they perceive the Clemson culture, calling it “hokey”, “fake”, or “contrived”. I don’t think it’s any of those things. I do think Clemson goes much farther out of their way to spread that messaging than almost any other program and the film "Safety" seeks to portray that.

(Truthfully, I think most people are just jaded to positivity.)“Safety” is a Disney produced film dramatizing the inspiring true story of former Clemson football safety Ray McElrathbey who looks after and eventually adopts his younger brother while their mother is going through drug addiction therapy then has to fight the NCAA on claims of impermissible benefits. I don’t claim to know the story in detail (though I do remember it happening) so I can’t speak to the film’s accuracy but it feels like it was fairly accurate in spirit.“Safety” is a better story than it is a movie. It very much *FEELS* like a Disney film. Stakes never seem high, emotion never feels all that rich or raw. You obviously know the outcome is going to be positive so it never really has a tone of the outcome being in danger. The only film worth comparing it to is the gold standard of college football movies, “Rudy”. “Rudy” was flat out better. It had better football action. It had better acting. It also had the benefit of time. Writers could take liberties to add drama.

The film won’t change anyone’s minds that Clemson football culture is a cult. It won’t be a movie sports fans will be watching for years. It feels more like Clemson fan service than a serious film.

All that said…I welled up once or twice *ducks*.