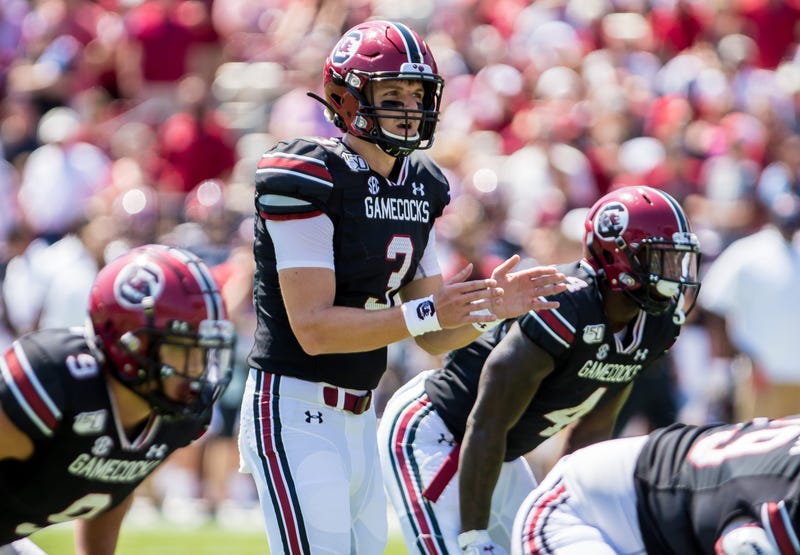 In terms of opponents, playing Charleston Southern one week and Alabama the next would be like having dates with Roseanne Barr and Angelina Jolie consecutively. In no way does Rosanne, funny as she is, prepare you for your socks getting blown off. Ryan Hilinski will have that feeling Saturday when the Crimson Tide roll into Columbia.

And as promising as he looked last week, helping the Gamecocks set a new program total offense record, no freshman quarterback not named Trevor Lawrence is beating Alabama.

Chalk this up to a great learning experience. SC will be competitive in this one longer than many think.

I have longed for the moment when the jovial, boisterous, arrogant Knights fans receive their comeuppance. Sadly, Stanford isn’t so much resembling their typical brute brand of football of late. The normally fundamentally sound, solid defending, powerful rushing attack team was shredded last Saturday by a true freshman at USC. Kedon Slovis torched the Cardinal for 377 yards, a Trojans freshmen record, after JT Daniels was lost for the season with a torn ACL.

Meanwhile, UCF has beaten its opponents 110-14. They look a lot more like present day Oklahoma, Josh Heupel’s alma mater, than a group of five team.

The Seminoles have the sixth most talented roster in all of college football, per 247 sports’ team composite ranking. Clemson is ninth. Somehow, that’s not enough to beat Boise State and the Seminoles required overtime and luck to dispatch an extra point doinking Louisiana Monroe.

Willie Taggart is also the owner of the third hottest seat in college football, per coacheshotseatranking.com.

His team looks completely lost under his stead, he’s in over his head, and in Charlottesville, Chief Osceola will crap the bed. Marc’s poetry publication hits book stores next week.

In nature, the success rate of predatory hunts is largely incumbent on successfully executing the element of surprise. The victim should never see the attack coming.

Syracuse has surprised Clemson two years running. This time, the tigers know the territory and can see it coming from a mile away. ABC is televising the game in prime time, for goodness sakes. It’s hard to hunt proficiently when your attack is being announced to the whole forest.

The Orange miss Eric Dungey and 61% completions from a season ago.

Even he wouldn’t matter in this one.

Virginia Tech only outgained Old Dominion by 79 yards last week, and lost to a mediocre Boston College outfit the week before. Justin Fuente’s posterior is beginning to suffer burns and the natives are growing restless.

Meanwhile, Furman, the #16 team in FCS, held a 20-3 lead against America’s darling, FBS’ Georgia State, before succumbing 48-42 in heartbreaking fashion to the team that won in Neyland Stadium.

This is a winnable game for Furman.

This is a winnable game for Furman.