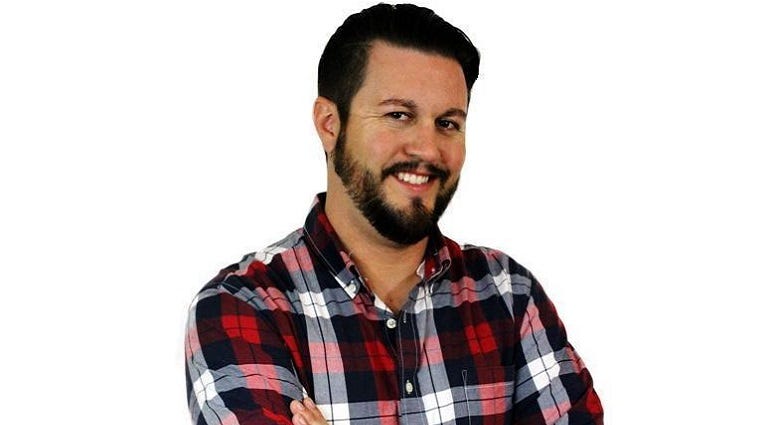 Saturday night, Williams-Brice was electric. If there weren't 80,000 fans in the building, overwhelmingly clad in garnet and black, there weren't many fewer.

Shane Beamer asked Gamecock fans to show up and show out, and from my seat in section 21, row 14, he got exactly what he asked for. Space Odyssey played. Tens of thousands of South Carolina fans rose to their feet. Cocky broke out of his cage, goaded on by the masses. Sandstorm blared over the speakers, thousands of white towels pulsating in rhythm with the music, as the USC faithful felt something in the air.

Behind me, one fan repeated, like a mantra to will on the team, "the streak is over tonight. It's over."

Another, responding to the question no one asked, began explaining exactly what her plans were after the victory, copious amounts of celebratory drinks included.

South Carolina was an underdog coming in, but that wasn't unfamiliar. Three weeks ago, the Gators of Florida were favored by 19 points, and went home with a loss.

A week before Clemson visited, another team of Tigers, from Auburn, came to The 'Cola, favored by a touchdown and some change. They, too, left disappointed.

So, it was unsurprising that this team of underdogs had inspired their followers to believe that not only did they have a chance, but that this would be the end of Dabo's Reign of Terror over the state's capital.

A few hours later, as the fourth quarter began and Clemson held a 20-0 lead with no signs of slowing up, the less committed began to file out of Willy B.

With 2:30 showing on the clock in the fourth and Clemson's third rushing touchdown on the board, a 30-0 lead sealing the fate of the Gamecocks, the optimism that filled the stadium before the opening kick was gone, as were most of the fans. South Carolina realized Clemson's grasp on the state remained firmly intact.

Here's the part that South Carolina fans didn't want to hear, an opinion I expressed on the air last week to Gamecocks fans who just didn't want to hear it: you were always going to lose. Clemson has a better roster, more experienced coaching, and has been in this situation before.

South Carolina didn't have the firepower. There's a cold, harsh truth to this world: trying really hard doesn't guarantee success. Sometimes, the other guy is just better than you, no matter how hard you work.

And South Carolina didn't have the experience. Clemson has played in games that, with all due respect to the rivalry, were much bigger. National Championship games and playoff games and conference championships will lessen the nervousness that might swell up in the gut of less seasoned players when your rivals are staring you down from across the field.

So, frankly, a loss, while painful, is acceptable in a situation like this.

What's not acceptable, however, is playing as if a loss is *inevitable* in a situation like this. And that's exactly what South Carolina did.

They asked for Gamecocks fans to show up. The fans did.

The football team, however, forgot to.

"I want to apologize to our fans for that performance."

That's how Shane Beamer started his postgame press conference, and it was, frankly, the only acceptable way to do so.

"I don't think I've ever been a part of anything like that in my entire coaching career, the electricity, the energy in that stadium was amazing, and I appreciate what our fans did. We challenged them, and they were awesome tonight. And I'm sorry we didn't play better for you."

Three weeks after dominating Florida, a week after gutting out an incredible against Auburn, South Carolina just looked lost, look rudderless, and frankly, looked outclassed in every facet of the game - including effort.

South Carolina rushed for just 43 yards, the fifth team this season the Gamecocks failed to rush for 100.

Defensively, USC got pushed around by Clemson as well.

The Gamecocks, who had been surrendering less than 172 yard per game on the ground, gave up 265 to Clemson. The line of scrimmage was dominated by a Clemson offensive line that has been, to be polite, average, all season long.

A loss wasn't the end of the world. In fact, I expected it.

What I did not expect was that Shane's squad was look so lackadaisical in taking it.

This was the biggest game of the year. We all said preseason that 6-6 and a bowl game was the mark to call the 2021 campaign a success, and it was a mark that South Carolina hit before the Palmetto Bowl even kicked off.

I didn't expect a win. I did expect an effort, and I just didn't see one out of South Carolina, which is more disappointing than the loss at Missouri.

A week ago, the biggest question about the offseason for the Gamecocks was "what coaching changes get made, and how does Beamer approach recruiting in his first year with a real opportunity?"

Now, the biggest question is "can Shane Beamer change the culture further, can he get this team to completely buy in to what he's selling?"

I'd like to think the answer is yes. Shane has won fans over since his arrival with his passion, his commitment. The "welcome home" slogan is printed all over the state, and there was a feeling amongst the Gamecocks fans that was tangible in that season this Saturday night.

But, when the lights shine the brightest, when the pressure is on, that's when you find out who's in and who's out. And it certainly felt like the team was out on Saturday night.

So, was that what we can expect to see when expectations are being raised in Columbia?

Or, can Shane take the lessons from his first handling from Clemson, learn, and be more prepared when 6-6 isn't good enough next year?

The answer to that will determine whether or not Shane's entire tenure is a success, or if South Carolina goes right back to square one.