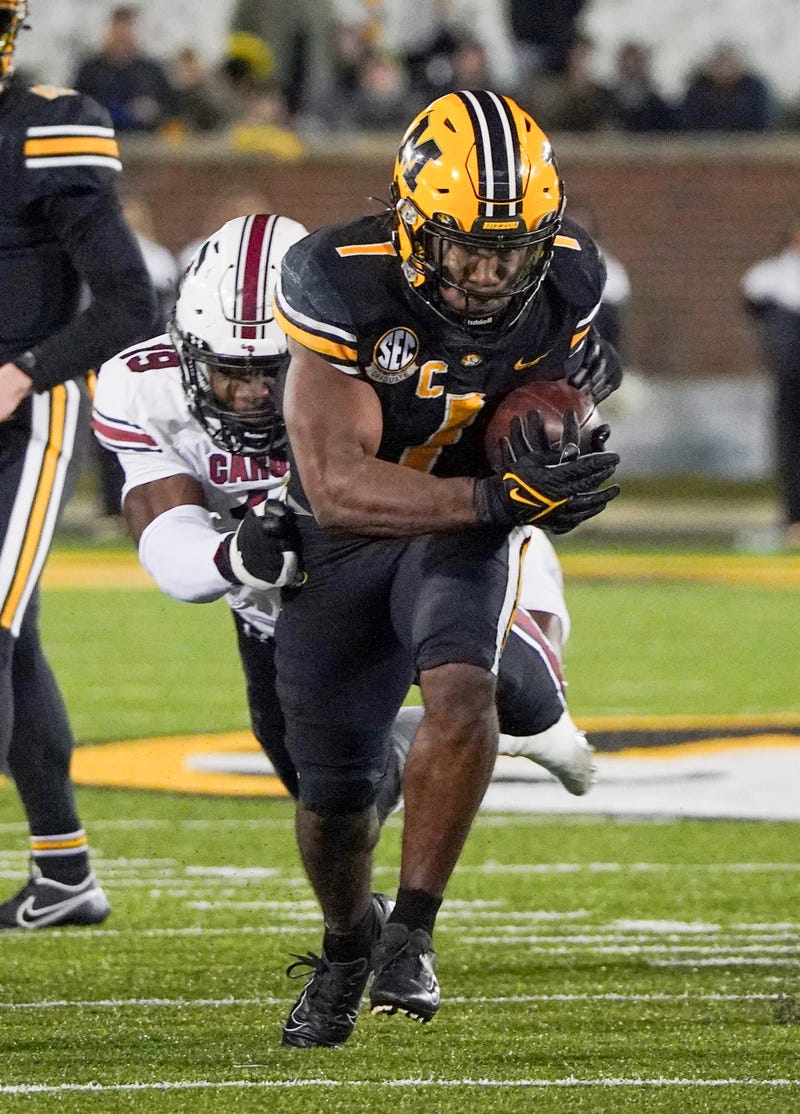 South Carolina went to the SEC's other Columbia Saturday with plenty of momentum. They were unable to carry much of it over and ultimately fell to Mizzou in a close one 31-28. The homestanding Tigers dominated the ground game racking up 258 yards rushing, with Tyler Badie going for 209 yards and a TD on 34 carries. The Gamecocks were held to just 57 rushing yards.

The Gamecocks jumped out to an early lead, they capped an 8 play 45 yard drive with a short Kevin Harris TD run. South Carolina led 7-0 after the 1st, Mizzou would then put together a scoring drive to tie it. Mizzou went 79 yards on 12 plays in a drive that took over 5 minutes off the clock and tied the game at 7. On their next drive Missouri QB Connor Bazelak hit Mookie Cooper for a 60 yard scoring strike. South Carolina answered and tied it with a TD pass from Jason Brown to Josh Vann. The Tigers got a short FG as time expired int he 1st half to lead 17-14 at the break.

Mizzou would extend their lead to double digits in the 3rd, when D-Lineman and SC native Trajan Jeffcoat fell on a fumble in the end zone. That put Mizzou up 24-14, they built on that when Badie scored to give them a commanding 31-14 lead in the 4th. SC rallied late as Jason Brown found ZaQuandre White for a 38 yard TD pass with just under 7 minutes left. South Carolina then scored just 2 1/2 minutes later when White punched it in from 3 yards out. That cut the lead to 31-28, Mizzou would salt away the final 4:30 with a productive drive.

South Carolina falls to 5-5 overall and 2-5 in SEC play with the loss. The Gamecocks still look to clinch bowl eligibility and a .500 season with a win. They host Auburn in primetime this weekend, that game is set to kick at 7 PM. The Gamecocks then wrap up the regular season hosting Clemson.