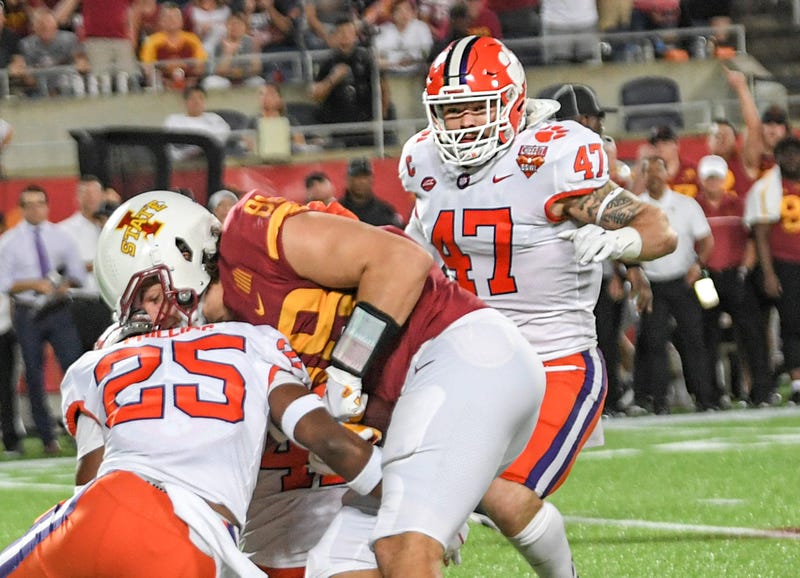 While this season was seen as a disappointment to some Clemson fans, the Tigers ended it on a high note. With the win over Iowa State in the Cheez-It Bowl, Clemson won their 6th game in a row to finish the season. The Tigers also clinched their 11th consecutive season with double digit wins. They join Alabama and Florida State as the only programs in CFB history to achieve that.

Wednesday night's win wasn't pretty for the Tigers but to quote the movie "White Men Can't Jump" , "I'd rather look bad and win, than look good and lose". It was a mixed bag in terms of Clemson debuting new coordinators on both sides of the ball. The defense that had performed well all year, once again was key to Clemson's victory. The offense was pretty mediocre, as the Tigers gained just over 300 total yards and scored just one offensive TD.

Clemson leaned on its defense and they delivered. The Tiger D held ISU to under 300 total yards and less than 70 yards rushing. It is worth noting that ISU All-American RB Breece Hall did not play, he opted out prior to the bowl game, as to not hurt his NFL draft stock. Mario Goodrich made the play that seized momentum for Clemson. The DB scored on an 18 yard "Pick 6" in the 3rd quarter which extended the Clemson lead to 20-3.

Credit ISU for continuing to fight and stay in the game. The Cyclones scored the final 10 points of the game. Iowa State got a 45 yard FG from Andrew Meis late in the 3rd quarter to cut the lead to 20-6 after three quarters. They would put together their lone TD drive of the game when QB Brock Purdy found TE Charlie Kolar from 6 yards out early in the 4th. That capped a methodical scoring driver for ISU, as they went 63 yards on 8 plays and chewed up over 5 minutes of clock.

Iowa State would get one last chance as they got the ball back following a 3 and out late in the 4th. Clemson's defense would once again stand tall in a crucial moment. On 4th down, ISU QB Brock Purdy scrambled and initially got the 1st down. However, he was stripped of the ball by Goodrich. Purdy recovered the fumble but was short of the 1st down marker and Clemson took over on downs to salt it away.