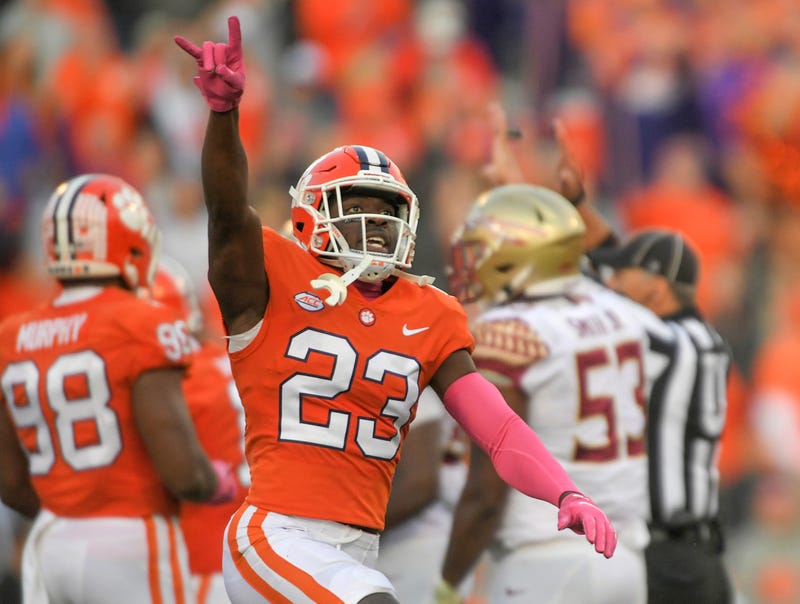 Prolific 6-foot Clemson Tigers junior cornerback Andrew Booth Jr. has made his official decision on his last year of eligibility under Dabo Swinney, declaring for the NFL Draft via Twitter.

through this process, there will be no stone left unturned #1shot1kill #GGG 🙏🏿 pic.twitter.com/7e1pzjs390

The Dacula, Georgia native has racked up five interceptions in his three seasons with Clemson to go along with 68 tackles. Early 2022 NFL mock drafts and positional rankings have Booth Jr. as one of 2022's top available corners, along with names like Ahmad "Sauce" Gardner from playoff semifinalist Cincinnati. Like Gardner, Booth was named a first team all conference selection at his position.

The 2022 NFL Draft will be held on Thursday, April 28th, and Booth will have one more chance to impress scouts before the combine at Clemson's annual Pro Day, which will take place in the spring.