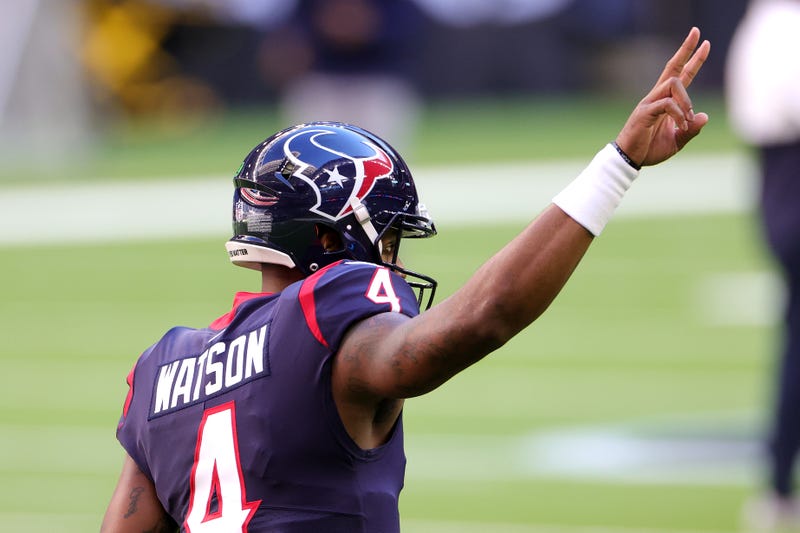 It's been widely reported that Deshaun Watson wants out of Houston, despite signing a massive contract with the Texans late in 2020.

The four-year contract, which locked Watson as the Texans starting quarterback through 2024, also included one additional component that has created quite a bit of drama for the Texans and their franchise QB: a no-trade clause that effectively creates a situation where Watson must approve any trade that the Texans wish to accept.

Since the moment reports of Watson's trade request were confirmed by ESPN, speculation over which teams the 25-year-old would approve a trade to has grown from fan bases desperate to land the three-time Pro Bowler.

On Monday, sources told Offsides with Marc Ryan that while the list may not be finalized and the situation remains fluid, there are three teams that Watson has expressed willingness to approve a trade to: the New York Jets, the Miami Dolphins, and the Carolina Panthers.

The Jets were one of the very first teams that were considered a potential landing spot for Watson. Robert Saleh and Mike LaFleur will run a Mike Shanahan-style offense that Watson believes would fit his style of play.

The Miami Dolphins, a team that appeared very close to turning the corner in 2020, are also one of the most forward-thinking teams in the social justice discussion, a factor reported being very important to Watson.

The Carolina Panthers, a team with exceptional young talent at key skill positions and a new coach in Matt Rhule that seems to have personnel within the organization excited about the future, have, according to sources in Houston, been added to Watson's list. That's not entirely surprising, as Rhule's offense seems to be willing to open up the field, as Watson loves to do. And playing in Carolina would put him in front of a fan base that dearly loves him, thanks to his time at Clemson.

While the Texans' continue to insist that they have no interest in trading Watson, the reality is that the more teams Watson would approve, and the more teams that are interested, the higher the price for the services of a highly valued young QB would be, potentially to a point where the Texans have no choice but to pull the trigger.

This situation remains highly fluid, and there's no guarantee that Watson won't add more teams to the list of franchises he would be willing to play for.

ESPN Upstate will continue to monitor this situation with our sources in Houston.