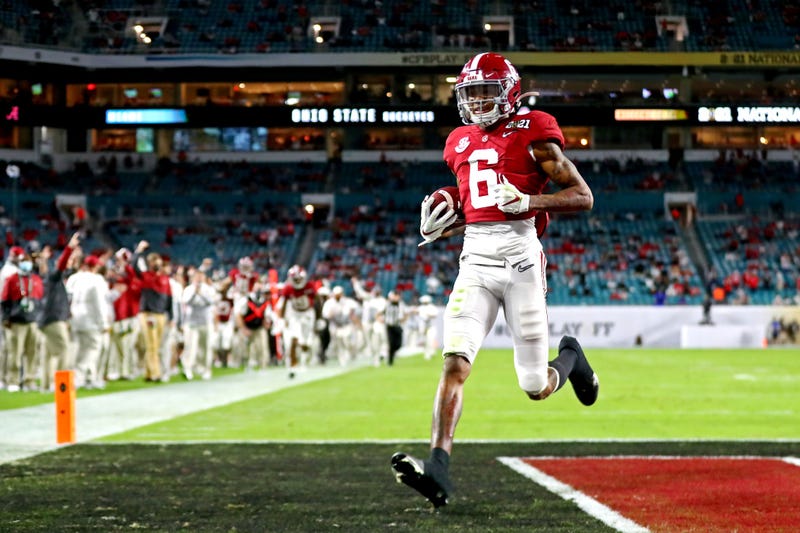 It is time for the Dolphins to LOAD UP for Tua.

The rookie QB showed flashes of greatness this season and with Dolphins GM Chris Grier naming him the starter for 2021, you’d imagine the organization will be focused on building the talent around Tagovailoa.

After an unbelievable season by the Heisman Trophy winner at Alabama, capped off by a stellar 3 touchdown performance in the National Championship game, Hochman and Crowder are convinced, the Dolphins should take DeVonta Smith with the #3 overall pick in the NFL draft.

“Dolphins shouldn’t overthink it,” Hoch said. “DeVonta Smith. Not even a question. I want that due as a weapon for Tua Tagovailoa.”

Former Miami Dolphins LB Channing Crowder was impressed by Smith’s performance in just one half yesterday and is also convinced he should be the Dolphins pick if he is still available at #3.