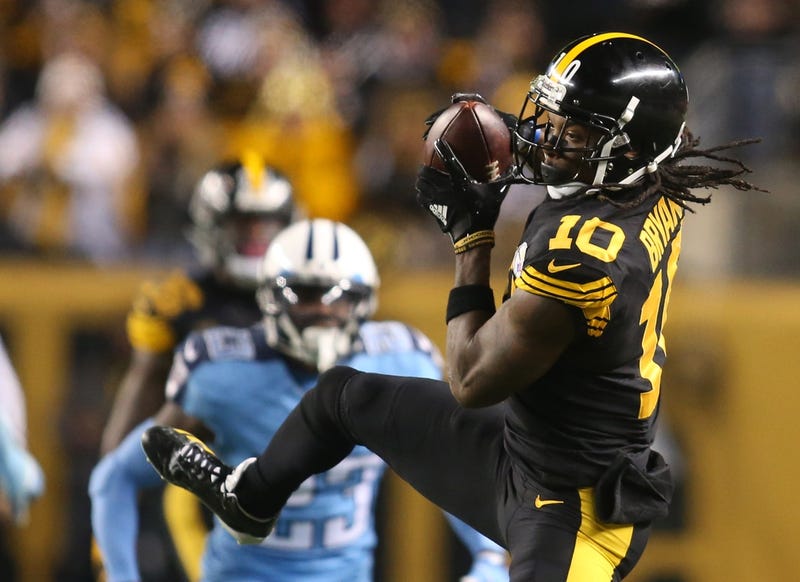 Former Steelers wide receiver Martavis Bryant is back in football, just not the NFL.

The former fourth-round pick out of Clemson who had a brief, memorable and tumultuous career in Pittsburgh has signed with the Toronto Argonauts of the Canadian Football League.

Martavis Bryant is an Argonaut

In his second year in the NFL, Bryant was suspended by the league for four games for violating the substance abuse policy and was suspended for the entire 2016 season for multiple violations.

When Bryant returned in 2017, he played in 15 games for the Steelers with 603 yards and three touchdowns.

Bryant was traded to the then Oakland Raiders in 2018 for the 79th pick in the NFL Draft after he requested a trade back in October 2017. He was frustrated that he kept falling down the depth chart, with receivers like JuJu Smith-Shuster moving up.

While with the Raiders, Bryant was suspended indefinitely by the NFL for violating conditions from his previous ban.

The 6 foot 4 inch Bryant was reportedly sought after by multiple teams before the 2020 season, but did not reportedly reapply for reinstatement in the NFL after missing the entire 2019 season.

What made Bryant a difference maker on the field was his ability to be a deep threat, but his off-field issues always got in the way.

In four seasons in the NFL, Bryant had 145 catches for 2,183 yards and 17 touchdowns. His longest reception went for 94 yards during his rookie season.

Imagine what he’s gonna do with a wider field 🤯 pic.twitter.com/I4hDcelfBy