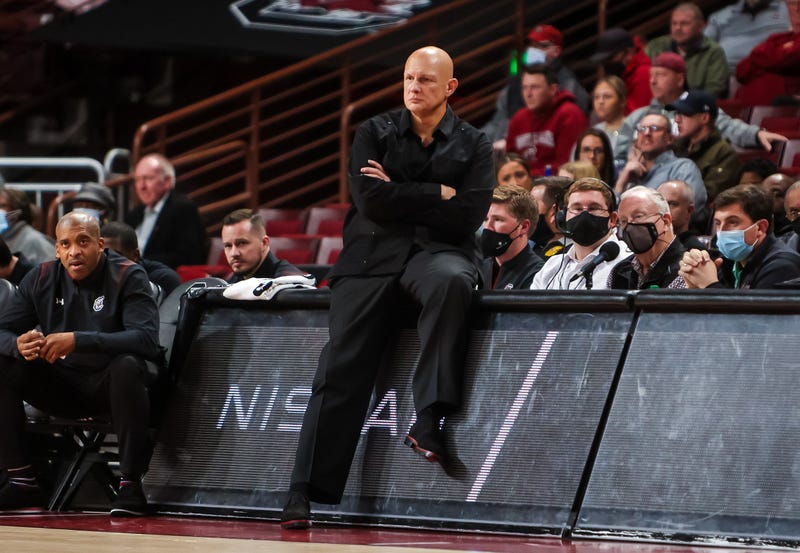 South Carolina and head coach Frank Martin, while closer than they surely would've enjoyed, grinded out a massive conference win against the Vanderbilt Commodores 72-70 in order to return to .500 in the SEC after a dropped top-ten win opportunity against the Auburn Tigers.

James Reese of the Gamecocks made the massive play of the night, blocking Scottie Pippen Jr.'s driving layup attempt to tie the game and head to overtime as the game clock hit all zeroes.

Every Gamecock basketball player who saw the hardwood tonight scored at least one basket, with only one Gamecock finishing at only two points. Reese made the most clutch play of the afternoon, finishing with a team-high 13 points for Frank Martin and South Carolina. All three of Vanderbilt's top scorers on the day (Pippen Jr., 17, Jordan Wright, 15, and Myles Stute, 19) scored more than any South Carolina player.

Martin and his Gamecocks basketball team will head on the road for another test to face their second top-25 team in the last three games played, matching up with the No. 18 Tennessee Volunteers on Tuesday.