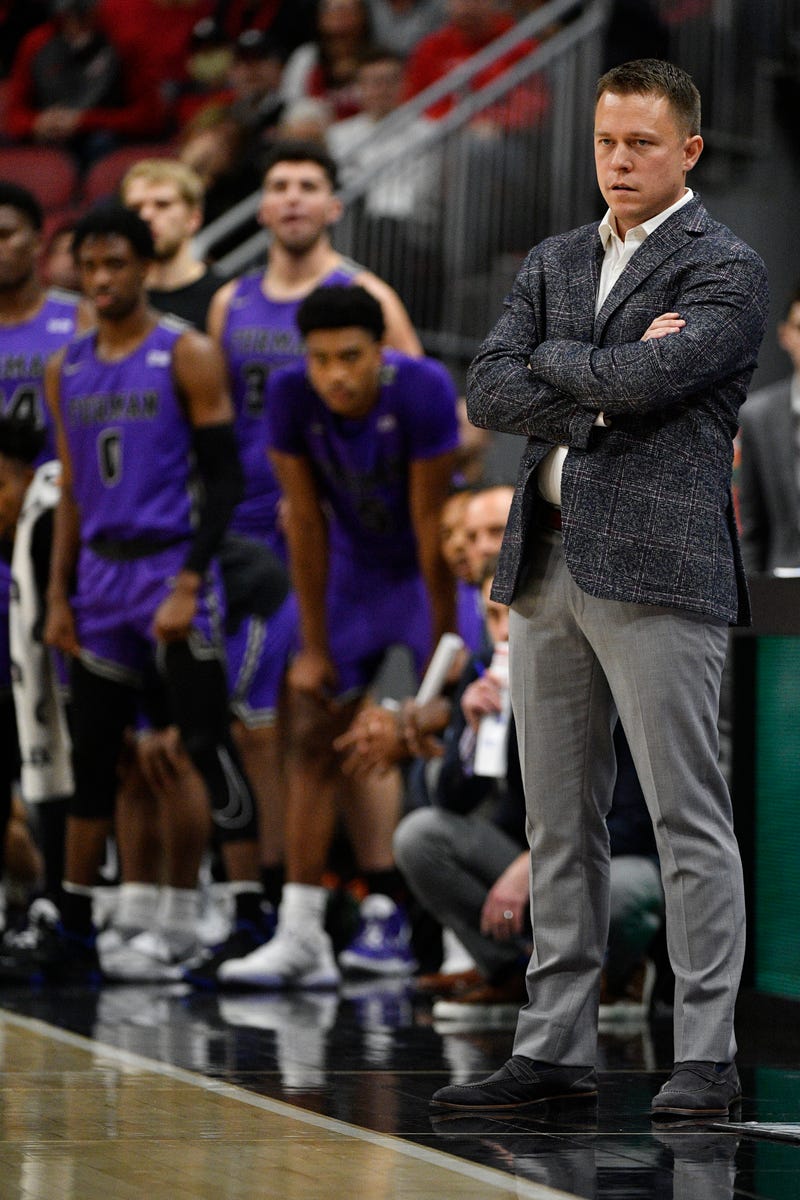 Marcus Foster and Jalen Slawson each recorded double-doubles on Tuesday evening to lead the Furman men’s basketball team in a 74-70 double-overtime victory over the High Point Panthers inside the Qubein Center.

The Paladins improve to 5-2 on the season while High Point drops to 3-4 overall. The win by Furman was its first in double overtime since defeating Western Carolina, 90-88, on December 1, 2018 in Greenville.

The duo of Foster and Slawson were part of five Paladins to score in double figures along with Alex Hunter, Mike Bothwell and Conley Garrison. Foster registered his second double-double of the season on a career high 14 rebounds while matching his career best of 15 points. Slawson contributed his second double double of the year with 12 points and tying his career high of 14 rebounds, and added four assists, three blocks and three steals. Hunter scored a team high 18 points while Bothwell and Garrison both had 11. Garrison also pulled down a season high nine rebounds.

Based on records available since the 2002-03 season, Foster and Slawson are the first players to have at least 14 rebounds in the same game. The closest came on January 20, 2013 when Kendrec Ferrara and Colin Reddick had 12 and 11 rebounds, respectively, at UNC Greensboro.

John-Michael Wright led all players with a game high 26 points for the Panthers and was joined in double figures by Zach Austin (14) and Emmanuel Izunabor (11). Rob Peterson III had a team best eight rebounds and Wright dished out five assists.

Furman trailed by five points with 3:11 remaining in the contest when a free throw by Izunabor made the score 55-50. Garrison followed the next possession with a 3-pointer to cut the Paladins’ deficit down to two, only to see High Point push its lead to three, 58-55, with 28 seconds to go. The teams traded baskets as the Panthers led 59-57 with seven seconds to go in regulation.
Bothwell’s field goal with less than a second remaining sent the game into overtime tied at 59-59.

Slawson gave the Paladins an early lead during overtime when his field goal at the 4:45 mark put them in front 61-59. High Point followed with six consecutive points, including four at the free throw line, to take the lead back at 65-61 with 1:42 remaining. Foster and Bothwell scored the final four points and put the game into double overtime even at 65-65. Bothwell’s jumper with four seconds left tied the score.

Furman opened double overtime scoring the first six points on field goals by Bothwell, Hunter and Garrett Hien. The Paladins held the Panthers without a field goal for the first 4:39, and over six minutes combined going back to the first overtime period, until Wright’s 3-pointer with 21 seconds to go cut Furman’s lead down to 71-67. Foster and Hunter combined for three free throws to seal the win for the Paladins. After a 3-pointer by Wright, Hunter made 1-of-2 free throws to give Furman the 74-70 victory.

The Paladins started the game, which featured 14 lead changes and nine ties, on an 8-0 run and held their largest lead of the contest at the 17:07 mark on a layup from Foster. Furman maintained a five-point advantage twice in the first half with the last coming at 18-13 with 6:36 left on Garrison’s 3-pointer. High Point answered with an 8-2 run over the next 2:10 and went in front 21-20 at the 4:25 mark. The teams combined for just 11 points over the last four minutes before halftime. A free throw from Slawson with 24 seconds left gave the Paladins a 26-25 lead at intermission.

Furman returns to Timmons Arena on Friday evening to host College of Charleston at 7 p.m. You can hear all the action of Furman Hoops all season long on ESPN Upstate.