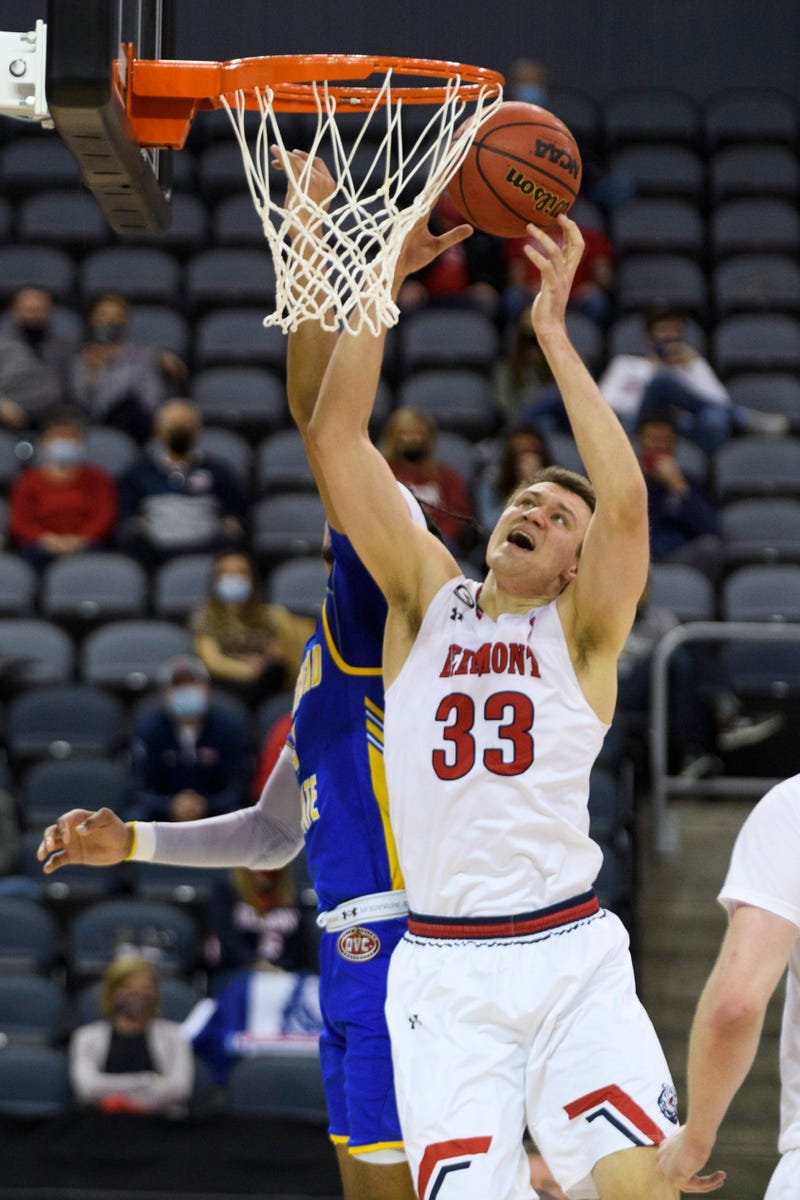 Luke Smith scored 20 points and Nick Muszynski added a double-double of 17 points and 12 rebounds to lead the Belmont Bruins to a 95-89 overtime victory over the Furman men’s basketball team on Monday evening from the Curb Event Center. Furman falls to 2-1 on the season while Belmont improves to 2-1 overall.

Mike Bothwell, the reigning SoCon Player of the Week and Lou Henson National Player of the Week, led the Paladins offensively with a game high 23 points on 8-of-16 shooting while adding seven rebounds and four assists. Bothwell was one of five Furman players to score in double figures along with Alex Hunter (16), Conley Garrison (15), Jalen Slawson (14) and Garrett Hien (10). Slawson recorded eight rebounds and Hunter seven assists.

Bothwell, who scored 18 of his 23 points in the second half, connected on a 3-pointer with 5:11 remaining in the contest to give the Paladins a 69-62 lead.
Following a Bothwell jumper in the paint, Murphy answered with a 3-pointer and cut Belmont’s deficit down to 73-70 at the 2:33 mark. Hunter came back the next possession as his triple put Furman back in front by six, 76-70, with 2:07 to go.

Richard made it a one possession game with 15 seconds remaining on his layup, but Bothwell was fouled and made both free throws to put the Paladins ahead 78-75 with 13 seconds left. Smith was then fouled attempting a 3-pointer with seven seconds to go and made all three free throws to send the game into overtime tied at 78-78.

The Bruins started the overtime period on a 7-2 run, capped by a 3-pointer from Smith, to take an 85-80 lead. Garrison and Hunter answered with a pair of 3-pointers to cut Furman’s deficit down to 87-86 at the 1:51 mark. That would be as close as the Paladins got with Belmont closing out the game at the free throw line. Richard and Smith made 4-of-4 free throws to give the Bruins the 95-89 victory.

Furman held its largest lead of the game with 9:16 remaining in the first half when Bothwell’s steal and fast break layup put it in front 25-17. A triple by JP Pegues at the 6:36 mark kept the Paladins in front by seven points at 32-25.
Belmont closed out the half on an 11-0 run to lead 36-32 at halftime.

With the Bruins holding a 44-39 lead less than five minutes into the second half, Furman would go on a 16-4 run, covering a stretch of 5:05, and took a 55-48 lead on Slawson’s layup. The Paladins led until the 6:59 mark when Wood’s 3-pointer evened the score at 62-62. Bothwell registered five of the next seven points to put Furman back in front by seven.