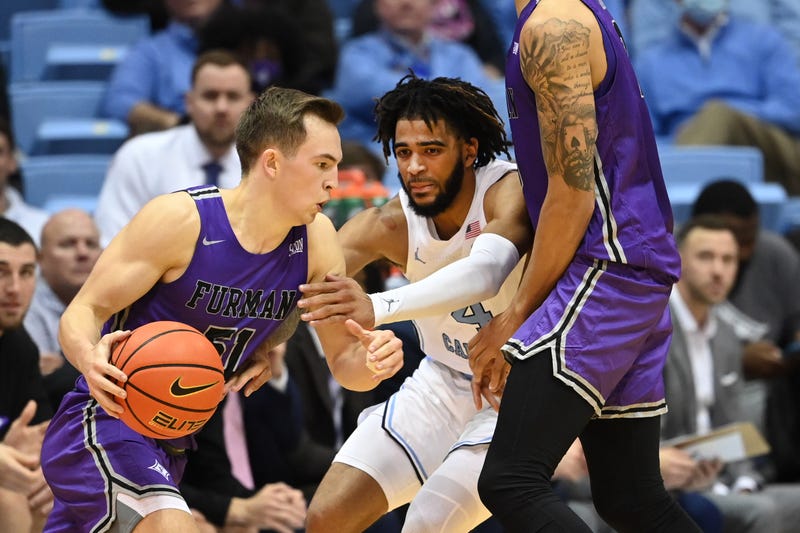 The Furman men’s basketball team will make its return to downtown Greenville on Saturday afternoon when it hosts the Mercer Bears in Southern Conference action at 4 p.m. from Bon Secours Wellness Arena. You can hear the “Voice of the Paladins” Dan Scott call the game on 97.7 FM/1330 AM in Greenville, 97.1 FM/950 AM in Spartanburg, and here on our website.

With the increase in COVID transmission and infections due to the omicron variant, Furman strongly encourages masks for those attending Weekends at the Well games in the Bon Secours Wellness Arena.

Furman concluded the game shooting 40.0 percent (20-of-50) from the field and made 12 3-pointers. The Paladins limited UNC Greensboro to just five 3-pointers in the contest.

Mercer comes to Greenville with an 8-6 record and 1-0 mark against SoCon opponents after opening league play on Wednesday with an 83-80 win over Samford. The Bears have four players averaging in double figures led by Felipe Haase’s 15.2 points and 5.6 rebounds per game. Mercer is under the direction of third-year head coach Greg Gary.

Saturday’s showdown at the Well marks the 32nd all-time meeting between the Paladins and Bears. Furman leads the all-time series 21-10 and has won each of the past 12 meetings dating back to the 2015-16 season.

The Paladins are back at Timmons Arena on Wednesday, January 12th at 7 pm hosting East Tennessee State. Furman Basketball plays all season long on ESPN Upstate.