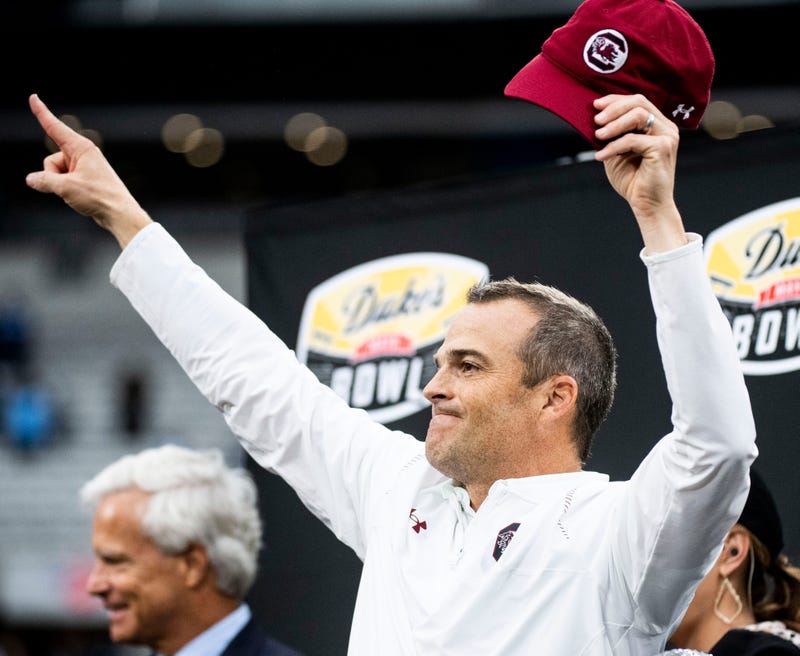 Considering all the movement by players and coaches alike in college football since 2020's season concluded, Shane Beamer's hire at South Carolina to replace Will Muschamp was well under the radar last December.

Beamer was one of South Carolina's own, having coached under Steve Spurrier before moving on to Oklahoma, and was their guy. They believed in Columbia, and despite some outside noise yelling "too inexperienced," the internal belief was all that mattered.

One mayonnaise bath, a Spencer Rattler acquiring, and a positive record in his first season later, those on the outside are beginning to understand why high-ups at SC believed.

Even after Justin Fuente was relieved of his duties as head coach at Virginia Tech, the hallowed ground where Beamer's father coached for 29 years, there was no hesitation to say Columbia was his home.

"...But this is where I want to be. When I say (South Carolina) is my dream job, I wasn't just saying that to sound good in a press conference," Beamer said in November. "We didn't put that sign up there on Williams-Brice Stadium that said 'welcome home' because it was trendy and a slogan. This is home for me."

Now at "home," Beamer has his first bowl win in his first attempt as a head coach.

North Carolina made a slight comeback attempt on a busted coverage for a touchdown, and the talent of Sam Howell alone always made the Tarheels feel threatening. Still, in reality, Beamer and the Gamecocks had this one in check from the opening snap, winning 38-21 in Charlotte. They seemed more prepared, better coached, and all of this was despite being extremely short-handed. Graduate Assistant Zeb Noland was consistent, but Dakareon Joyner, former High School Mr. Football in S.C. who hasn't seen a snap at quarterback in years, changed the dynamic on offense. Despite being injury-riddled since his SEC-leading rushing campaign last year, Kevin Harris looked like himself again, rushing for 182 yards on 31 carries. Missing veteran JJ Enagbare on defense, UNC still finished 1-10 on third down. South Carolina was a 9.5 point underdog heading into this matchup.

Undoubtedly an incredible coaching accomplishment for Beamer and his staff in year one. Beamer returns a majority of his defense next year, obtains one of the most coveted portal targets of the year in Rattler, and may have more to come after a Dukes Mayo Bowl win.

The future finally looks bright in Columbia, but even Muschamp had fans fooled after a hot start as the head man. South Carolina has the facilities, fans, and now the head coach to begin building a winning program again.

Despite much-needed excitement in the program, Beamer can't lose his momentum, as expectations will skyrocket for 2021-2022. That's the curse of being a great head coach: you can't ever relish in your accomplishments for too long.