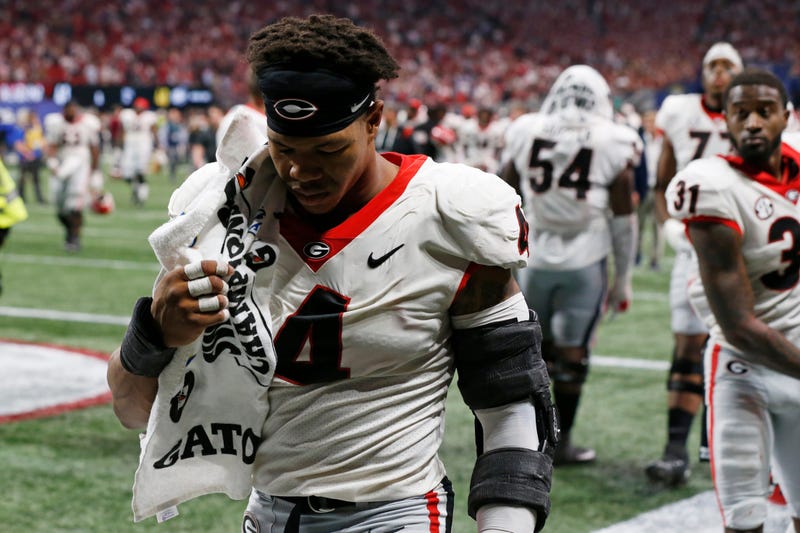 Both Georgia and Michigan have committed to very similar identities all season long -- wear your opponent down with the run to set up play-action game-breakers.

When all else fails, both teams have elite defensive units and coaching to bail them out when the going gets tough.

Georgia defensive tackle Jordan Davis is coming off a Bednarik Award, crowning him college football's best defensive player. Michigan edge rusher Aidan Hutchinson also has a second-place Heisman finish and is currently third in the nation with 13 sacks and is projected as the No. 1 overall pick in 2022 more often than not.

On paper, not much separates these sides, and it could be reminiscent of Clemson's opening loss to Georgia, where neither defense would break, and it came down to the Tigers' offense throwing a pick-six to lose it.

Michigan's 2021 rushing attack has been a four-quarter incline of run plays going from two and three-yard gains to five and eight-yard bursts that never consistently put quarterback Cade McNamara on his back foot.

McNamara will have to show what he can do early in the game when runs aren't going against a two-week fresh and revenge-ready Kirby Smart defense, and if the seal never breaks after halftime for Jim Harbaugh's run game, it's Georgia's game to lose.

Georgia will be committed to putting high numbers in the box to stop the duo of Blake Corum and Hassan Haskins, Corum being the potential game-breaker (6.6 yards per carry on 141 carries) and Haskins playing the more reliable, and predictable back role (1,288 rushing yards).

How these defenses get to the quarterback could ultimately decide it all, as both rushing attacks should get their fair share waiting on the other's defense to break.

Georgia relies on a committee approach: Smart and his staff will bring pressure from all areas in multiple ways, knowing how well their front four can do it by themselves already with their hands in the dirt. However, Hutchinson and his defensive end-mate, David Ojabo, don't often put their hands down. If Michigan has gotten to the QB well, it's because they've relied solely on those two and their ability to win one-on-one matchups on the outside.

This semi-final is the primetime game of the two available, and for a good reason: it's about a coin flip of a College Football Playoff matchup there can be. Game management, field position, and all the other small subtleties will all matter in this one, and we'll be able to see the coaching chops Harbaugh and Smart have.

Georgia and Michigan will play the second semi-final matchup at 7:00 pm on Friday, December 31st. Radio broadcast of the Capital One Orange Bowl and the Goodyear Cotton Bowl at 3:30 will be available on ESPN Upstate and streaming everywhere on the Audacy App.