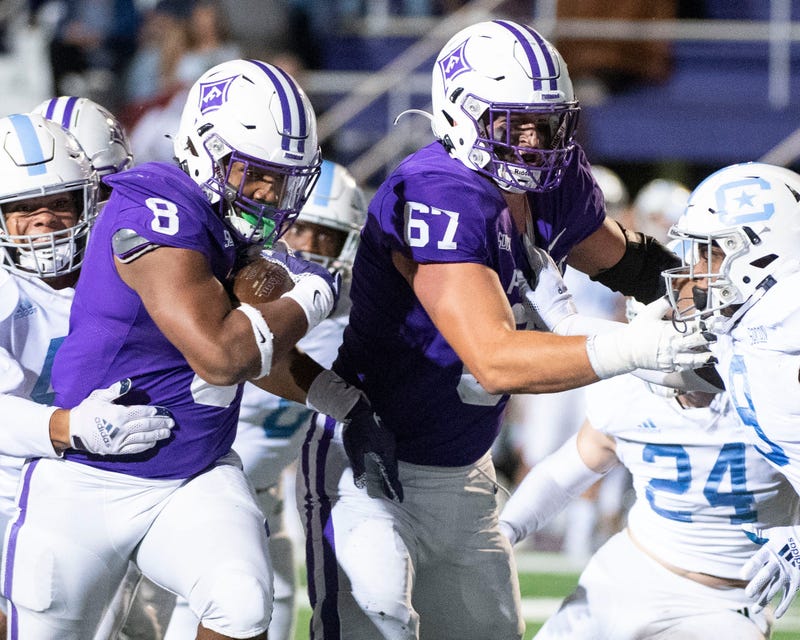 Furman came out of the gate strong on Saturday. The hot start propelled the Paladins despite them being outgained and allowing over 500 total yards. Furman got on the board scoring 10 in the 1st quarter and then scoring again in the 2nd, before VMI broke through. Furman got on the board with a 38 yard FG from Timmy Bleekrode. Furman then put together a 12 play 77 yard scoring drive, capped by a Devin Abrams 4 yard TD run.

Furman opened the 2nd quarter with a big play in the run game. Wayne Anderson scampered 39 yards for a TD, that extended the Furman lead to 17-0. VMI would answer the bell, they scored on two touchdown drives to finish the half. They held Furman's offense in check the rest of the half. At the break, Furman led 17-14.

Furman extended their lead to double digits by striking 1st in the 2nd half. Paladins RB Dominic Roberto scored on a 1 yard TD plunge. That score capped a scoring drive of 6 plays and 74 yards. VMI answered when QB Seth Morgan found Michael Jackson on a 3 yard TD pass. That cut the Furman lead to 3 at 24-21. The rest of the 3rd quarter was a back and forth affair. Furman found the end zone on a big play in the passing game. Paladin QB Jace Wilson linked up with Chase Abshier on a 64 yard scoring strike. VMI answered with Morgan's 3rd TD pass of the game when he found Michael Jackson. That made it the 30-28 Furman after three quarters.

In the final frame, the Paladins struck first with another big play. Jace Wilson hit Ryan Miller for a 73 yard scoring strike to make it 37-28 Furman. VMI would get a 28 yard FG with just over 10 minutes left in the game to cut it to 37-31. The Furman defense would hold strong the rest of the way and preserve the Paladin victory.

Furman sits at 5-5 overall and 3-4 in the SoCon after the win. The Paladins will be on the road for their regular season finale on Saturday. Furman travels to take on Samford for a 1 PM Eastern kick. You can hear every single play on ESPN Upstate.