Radiothon is THIS Thursday & Friday but you can become a Miracle Maker today! All donations stay LOCAL!
By SportsRadio 610 Staff

The inductees will be celebrated Monday April 26, at the Carlton Woods Creekside Fazio Golf Course.

Baggy and Bidge. Bidge and Baggy. You didn’t say one name without the other. They were teammates for most of their careers and were known, too, as the Killer Bs. Both were All-Stars – Bagwell at first base and Biggio at second base and catcher – and went into the National Baseball Hall of Fame two years apart.

Biggio was inducted in 2015 and Bagwell in 2017, but they were inducted into the Texas Sports Hall of Fame together in 2005.

“They’re all great people,’’ Bagwell said. “Andre was obviously a great player here for so many years and Craig? It goes without saying. If you’re going to go in (to a Hall of Fame) in Houston it should be Craig and I together. I’ve been associated with him my entire career and I couldn’t think of a better guy to go in with. It’ll be exciting.’’

“Baggy and I were always hand-in-hand so that’s part of the deal. It’s going to be a fun night. It means a lot.

“When you start thinking about the number of great athletes in Houston Texas… You look at the first one (honoring) Earl Campbell, Nolan Ryan and The Dream (Hakeem Olajuwon). It was unbelievable to be part of that one.  And to be part of that group with these guys, I’m truly honored.”

Johnson, the Houston Texans’ first-round pick in 2003, played 11 seasons for the Texans, still holds just about every club receiving record and was the first person inducted into the Texans Ring of Honor.

He is a seven-time Pro Bowl wide receiver and the only player in NFL history to have 60-plus receptions in each of his first eight seasons.

Johnson was the go-to receiver for every quarterback he played with and led the league twice in both receiving yards and receptions. He was inducted into the Texas Sports Hall of Fame in 2019.

“It’s a great,’’ Johnson said. “It speaks to the accomplishments I’ve had during my career. I’m very surprised and I’m excited about it.’’ 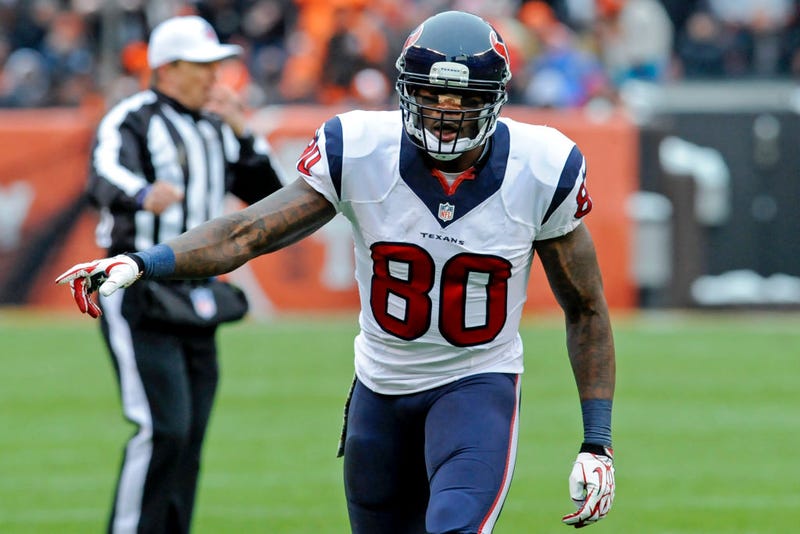 Wide receiver Andre Johnson #80 of the Houston Texans waits for the snap in the first quarter of a game against the Cleveland Browns at FirstEnergy Stadium on November 16, 2014 in Cleveland, Ohio. Houston won 23-7. Photo credit Nick Cammett/Diamond Images via Getty Images

Lewis and Yeoman, both University of Houston coaching legends, were trailblazers, changing changed the face of major intercollegiate sports in the South in 1964 by recruiting the school’s first African American athletes.

Lewis, who played center/forward for UH in the 1940s, began his UH coaching career in 1956 when he took over as head of the Cougars men’s basketball team.

His entire career was with UH, bringing the program to prominence in 1968 when the Cougars beat UCLA 71-69 at the Astrodome in what was dubbed the “Game of the Century.” He had 27-straight winning seasons, 14 seasons with 20 or more wins, and 14 trips to the NCAA Tournament. Lewis integrated his team in 1964, signing Elvin Hayes and Don Chaney. 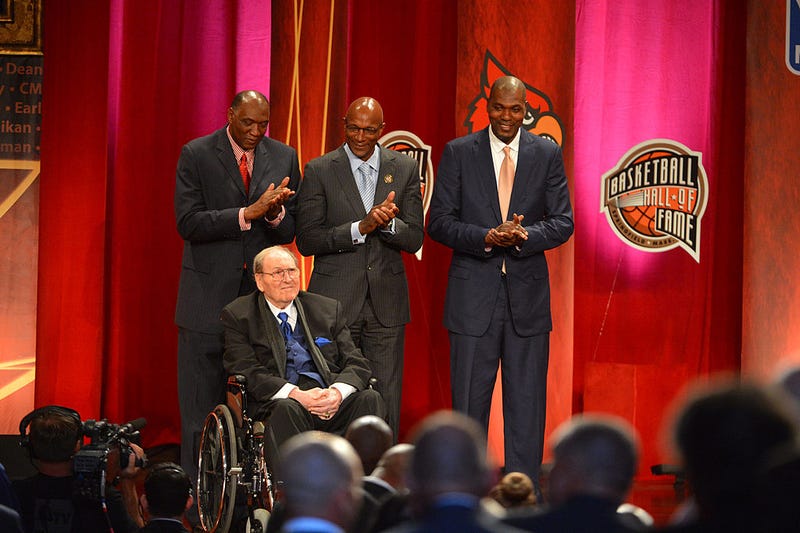 Yeoman became the head football coach at UH in 1962 and coached the team until 1986. The architect of the veer offense, Yeoman coached UH to four Southwest Conference Championships and six postseason bowl championships with an overall record of 160-108-8. Yeoman made history when he integrated the Cougars roster in 1964 by recruiting African American running back Warren McVea.

“From all-star accolades to career records, the contributions of these athletes and coaches to the Houston community are without a doubt worth recognition and we are proud to be part of the celebration,” said Julie Young Sudduth, PNC regional president for Houston. “The Harris County - Houston Sports Authority has created an internationally acclaimed sports culture that not only spurs local economic prosperity, but also makes every Houstonian proud of our community and our athletes.” 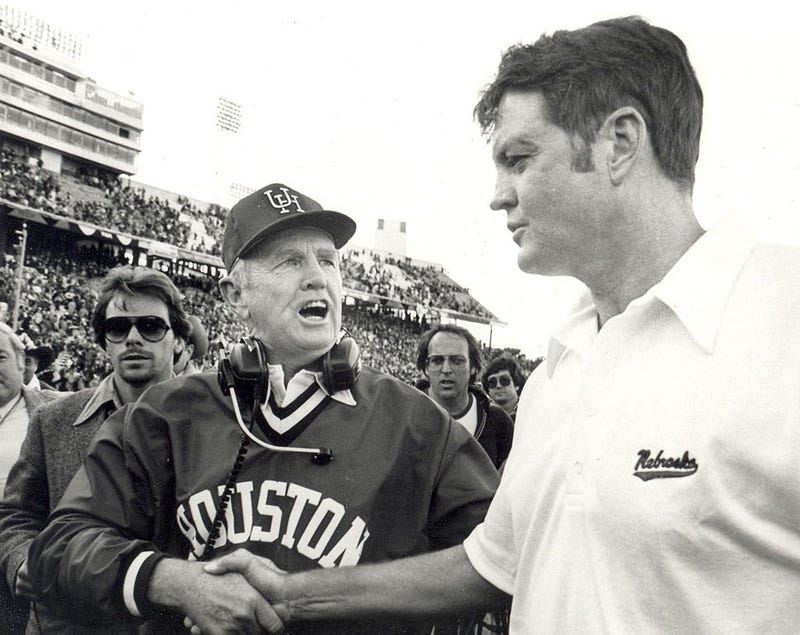