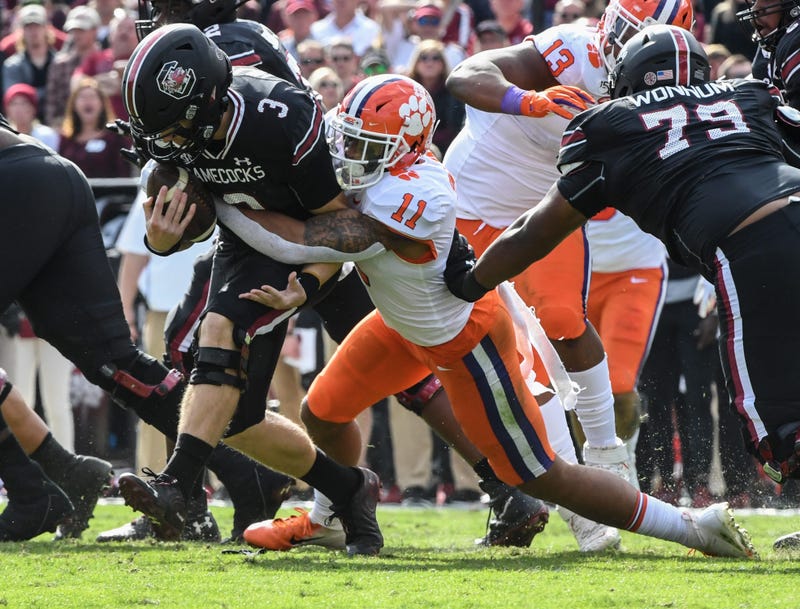 On social media this week, it's been said that there has been no trash talking between the two fanbases. The reason for that according to social media is that neither fanbase knows what version of their squad will show up. Both teams come into this game with some solid momentum, but both have been up and down throughout the season.

Last season was an anomaly, as the two teams did not meet due to the scheduling issues presented by the pandemic. That brings a little extra build up to the rivalry, since it's been 2 years since the two teams tangled.

Clemson had its best performance of the season last week. The Tigers handled then 10th ranked Wake Forest at Death Valley. Clemson's running game headlined by Kobe Pace, dominated the course of the game. The Clemson offensive line exerted its will during the afternoon, moving the point of attack and opening running lanes for Pace and Will Shipley.

South Carolina also has some momentum, the Gamecocks seem to have a sense of belief in 1st year coach Shane Beamer. South Carolina has won two of their last 3 and is 5-1 at home this season. The Gamecocks rolled Florida and then had come from behind win over Auburn. It marks the first ever back to back wins over Auburn in program history. South Carolina was expected by many to win 4 or 5 games this season, so they are playing with house money. The Gamecocks already are bowl eligible after the Auburn win, they have a chance to improve their bowl stock with a win over Clemson.

South Carolina has been good at home this season and you can expect a rowdy capacity crowd at Williams Brice on Saturday night. The game is set for primetime a 7:30 PM slated kickoff on SEC Network. South Carolina is looking for their 1st win in the series since 2013, when they capped off their longest win streak of the series, winning 5 straight from 2009 to 2013.