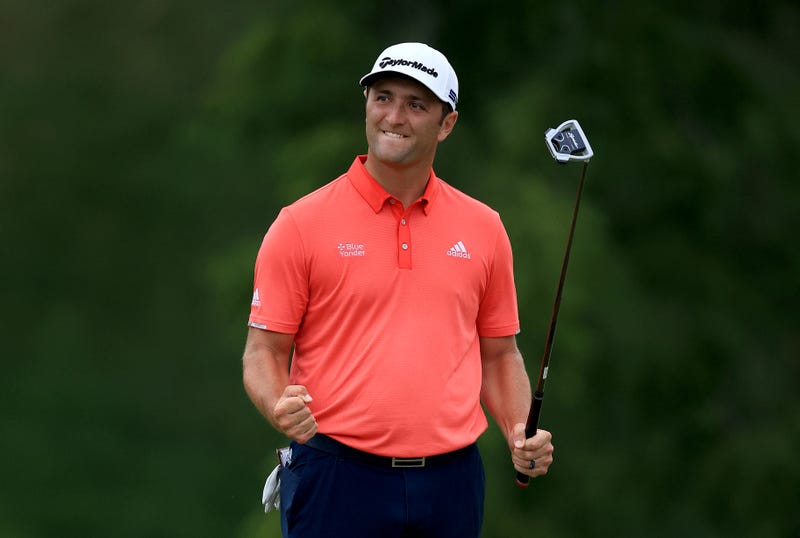 He did it for Seve. The Spaniard, who came so painstakingly close to winning the US Open, but never did, is a personal hero for his countrymen, including this year's US Open Champion, Jon Rahm.

And, a legend himself, Seve Ballesteros would've been proud of the back-to-back clutch birdie shots that Rahm knocked down, in the face of immense pressure, to bring home the US Open Trophy.

In 1984, Ballesteros stood over a fifteen foot, uphill, sweeping right to left birdie putt at the Open Championship. In his rear view mirror stood Tom Watson, the winner of the previous two Open Championships. Five yards separated Seve from history, and a miss would open the door for Watson to erase him from that part of it.

His resolve as solid as steel, Seve read the green perfectly, and rolled it in, time freezing for just a moment as the ball hugged the right side of the cup before falling in sideways.

The Spaniard celebrated, pumping his fist towards the crowd.

On Sunday, John Rahm stood over not one, but two separate putts, with an inspired Louis Oosthuizen attempting to chase him down and steal away his first Major Championship.

Many golfers have come up with nothing but heartbreak staring down just one putt with that much pressure riding on it. A major championship on the line, a competitor breathing down your neck, fifteen feet of rolling green in front, with no margin of error between you and the trophy.

Any many of those golfers failed.

If you watched the US Open's Championship Round on Sunday, you were treated to many things: an epic collapse, a top tier golfer carding an eight, hillsides swallowing up balls left, and further left.

But you were also treated to history. Whether or not Jon Rahm moves on to win more majors is yet to be seen (but in my opinon, he absolutely will,) those two putts on 17 and 18 were two of the most high-pressure knockdowns you're likely to see. They may not have had the energy of Jack at Augusta in '86, the emotion of Payne Stewart's '99 US Open weeks before his death, or the media play of Tiger's back-to-back snipes in the 2000 PGA Championship.

But if you're a fan of the game of golf, you'll be talking about the guts that Rahm put on display to wrap up his first major for many, many years to come.