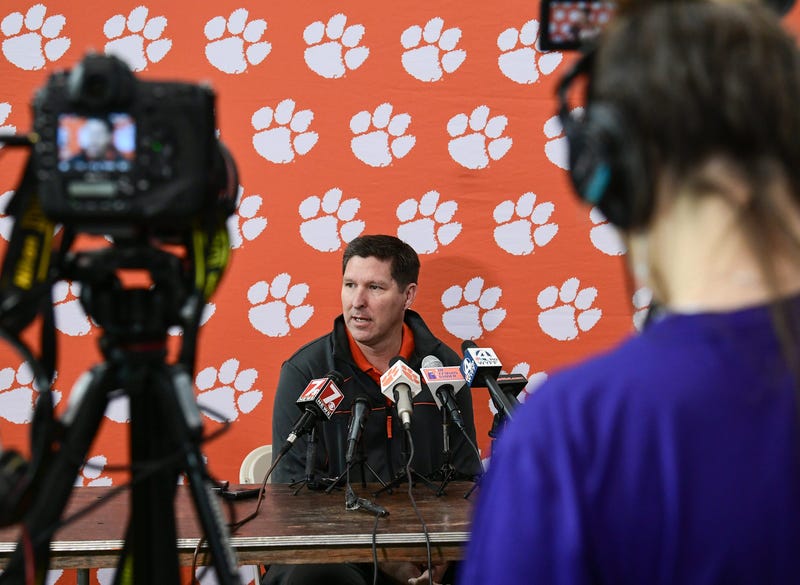 Winning the rebounding battle has become common for Brad Brownell's Clemson (10-6, 2-3 ACC) basketball team yet didn't matter against Notre Dame (10-5, 4-1 ACC). The Tigers shot an abysmally from all areas of the hardwood losing in South Bend, Indiana, 72-56.

34% from the field alone typically won't get the job done against a plethora of power five basketball programs, and Clemson made matters worse going 6-32 (19%) from behind the three-point line, as well.

Notre Dame and head coach Mike Brey left the result beyond doubt with just over three minutes to go, as Clemson didn't connect on a single field goal attempt for the final 3:02 of the contest. Fighting Irish guards Dane Goodwin and freshman Blake Wesley led the way in scoring for both sides finishing with 21 and 20, respectively. Both totals were the highest scoring for either side.

Notre Dame now sits on a six-game winning streak and has jumped to second in the ACC behind Miami (13-4, 5-1 ACC), while Brownell's outfit sits in an all-too-familiar position near the middle of the conference standings at ninth.

Clemson will hope to bounce back at Littlejohn Coliseum Saturday, January 15th, against Boston College who is below .500 on the season, as well as in the ACC.