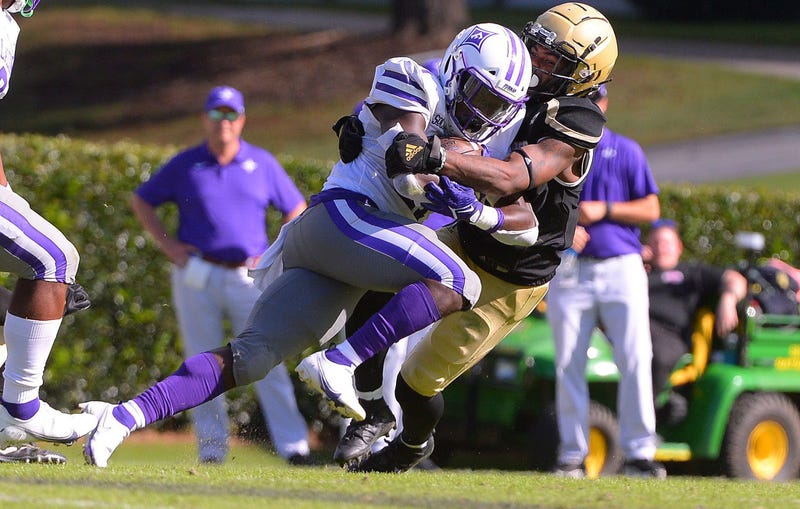 This weekend marks the second straight in-state and league rivalry for Furman. The Paladins are fresh off a win in the "Battle Of I-85" over Wofford. They will look take that momentum into a meeting with Citadel. The Bulldogs have had recent control of the series. This weekend marks a renewal of what many believe to be one of the SoCon's all time great rivalries.

Furman sits at 3-2 overall and 1-1 in SoCon play. Citadel is a game below .500 at 2-3 overall and is also 1-1 in the SoCon. The two teams sit tied with Chattanooga for 4th in the league. VMI is in 3rd currently at 2-1, they take on a Mercer squad unbeaten in league at 3-0. ETSU and Mercer both sit tied atop the leader board. That makes this weekend important in terms of keeping pace in the league race.

Furman used a steady diet of the north-south run game to down Wofford last week. We will see if that is something they try to heavily establish this weekend. The Paladins were down 10 at two different junctures last week, prior to seizing the game's momentum.

The SoCon is considered by many to be the most vaunted conference in FCS Football , even going back to when it was called 1-AA. The likes of the Furman and Citadel rivalry is among one of the league's most storied. Furman holds an all time series advantage of 60-37-3. However, Citadel has controlled the rivalry in recent years. The Bulldogs have the last two straight and 5 of the last 7 meetings. Saturday's game will be an evening affair with kickoff scheduled at 6 PM. Hear every play of every Furman game on ESPN Upstate.