Radiothon is THIS Thursday & Friday but you can become a Miracle Maker today! All donations stay LOCAL!
By Rick Snider

Add another loss to the sins of Dan Snyder.

The Washington Football Team owner thought he knew more than his staff when meeting prospects before the 2019 NFL Draft. He liked a young passer with ties to Washington that might mean increased ticket sales.

Coaches and scouts didn’t want Dwayne Haskins with the 15th overall pick. But what did they know, thought Snyder.

They’ve only spent their careers evaluating players while Snyder has made billions of dollars, so obviously, he’s smarter. Snyder overruled everyone and chose Haskins.

Twenty months later, we saw yet another reason why Snyder should be forced to sell this team. 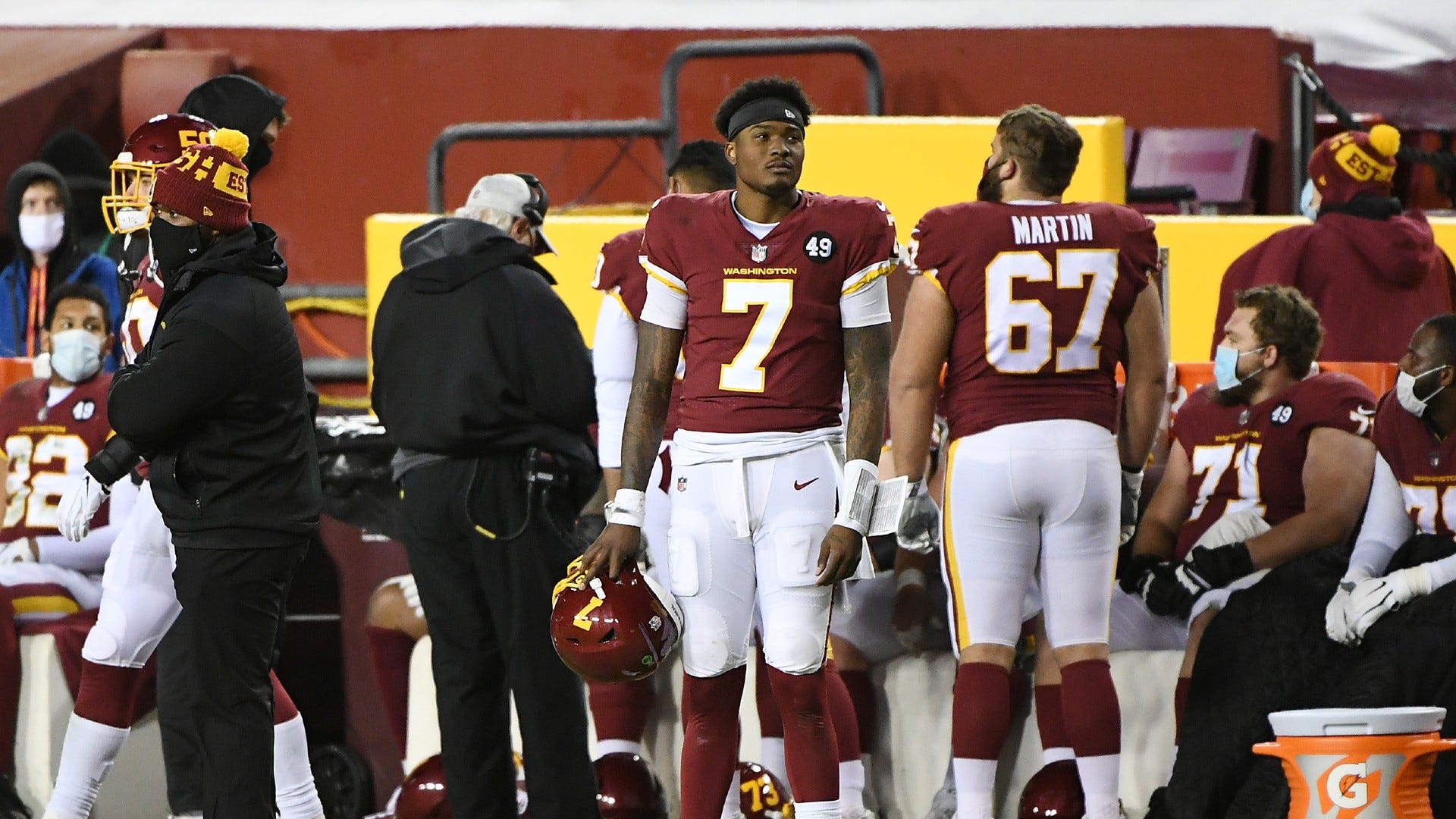 If he was half the fan he claims to be, Snyder would sell the team for the good of the franchise because he has been beyond a bad guardian of what the owner once called a “public trust.” Instead, Snyder’s a fan of money so he won’t go anywhere barring the NFL investigation over alleged sexual harassment forcing him into a sale.

Snyder’s poor judgment led to this loss and a chance to clinch the NFC East title even with a 20-13 loss to Carolina on Sunday. With veteran Alex Smith out due to a strained calf, the team turned to the second-year Haskins.

And, he bombed. Again.

Forget Haskins hanging out at a party last Sunday night without wearing a mask, he was fairly punished for that stupidity and it had nothing to do with this loss.

Haskins just isn’t a good NFL quarterback. He suckered Snyder just like Jeff George did in 2000. Both have strong arms, but read defenses poorly. Snyder still doesn’t understand the disconnect.

Dwayne Haskins is Washington’s latest Kwame Brown. There, I said it and I mean it. 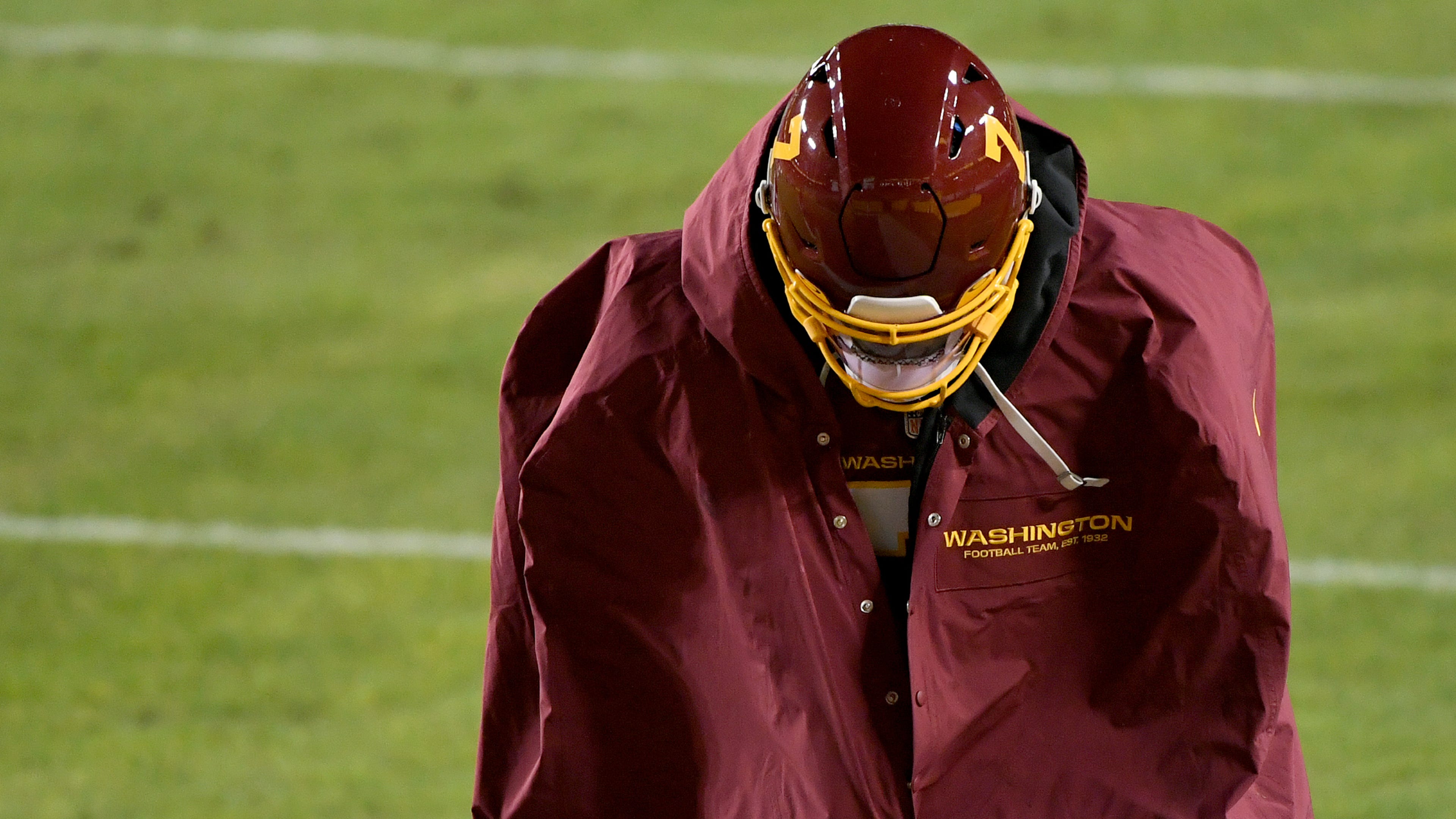 Brown was a Wizards’ bust as the 2001 first overall selection. Self-appointed Einstein Michael Jordan made that choice and showed he was a great player, but a lousy GM. Brown lasted four lackluster seasons in Washington before a journeyman’s career with seven other teams that ended averaging 6.6 points.

Brown never seemed to love the game. Neither does Haskins.

Oh, the Ohio State quarterback is a good guy. You won’t hear people say anything bad about him personally. But he doesn’t love the grind needed to succeed in the NFL with endless film room review more important than throwing in public parks over the offseason.

Haskins has been clocking in and out without overtime when he should invest his youth in long-term success. Instead, Haskins will spend his late twenties on a couch watching former teammates and blaming others for his failure.

It’s a shame, but Washington never should have taken Haskins in the first round. It’s all on Snyder, who can add Haskins to Robert Griffin III and Patrick Ramsey as his first-round pick Hall of Shame. 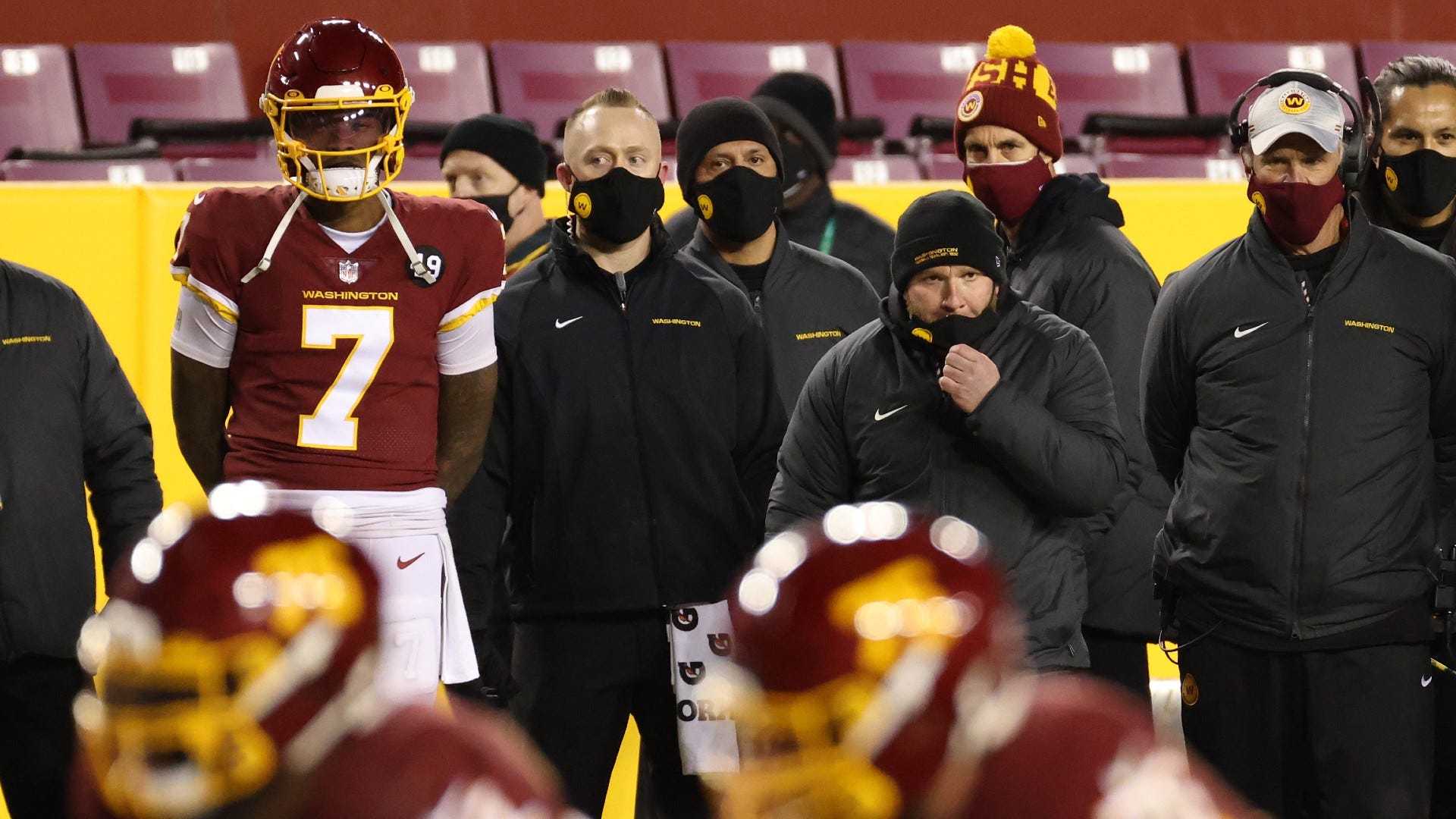 Dwayne Haskins skips postgame press conference, then speaks to media from his home

When head coach Ron Rivera benched Haskins late for Taylor Heinicke, a passer with virtually zero NFL experience, it marked the end of Haskins’ career in Washington. Rivera may not say just yet that Haskins is done here, but that was the end of it.

If only real personnel people made that 2019 pick. Maybe things would be different.

Washington still has a chance to win the NFC East, but it needs to win in Sunday’s season-finale at Philadelphia.

But win or lose in Week 17, Washington will soon find themselves again, searching for an NFL-caliber quarterback thanks to the meddlesome Daniel Snyder. 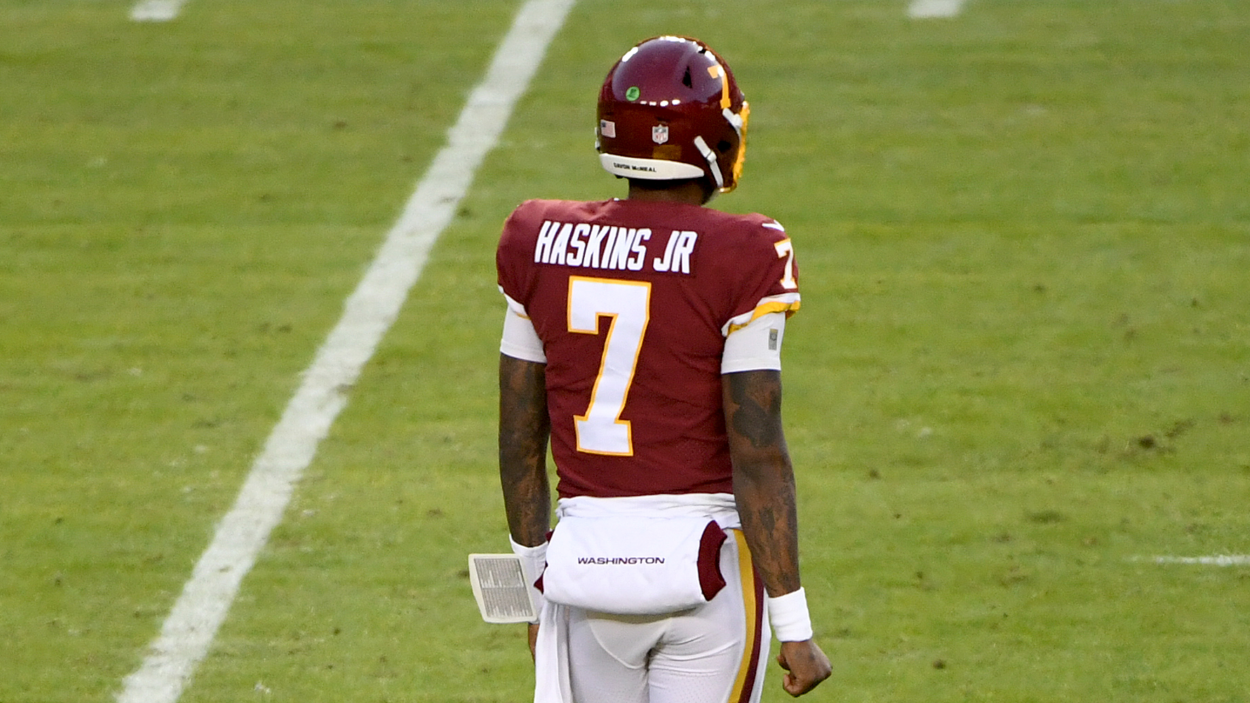 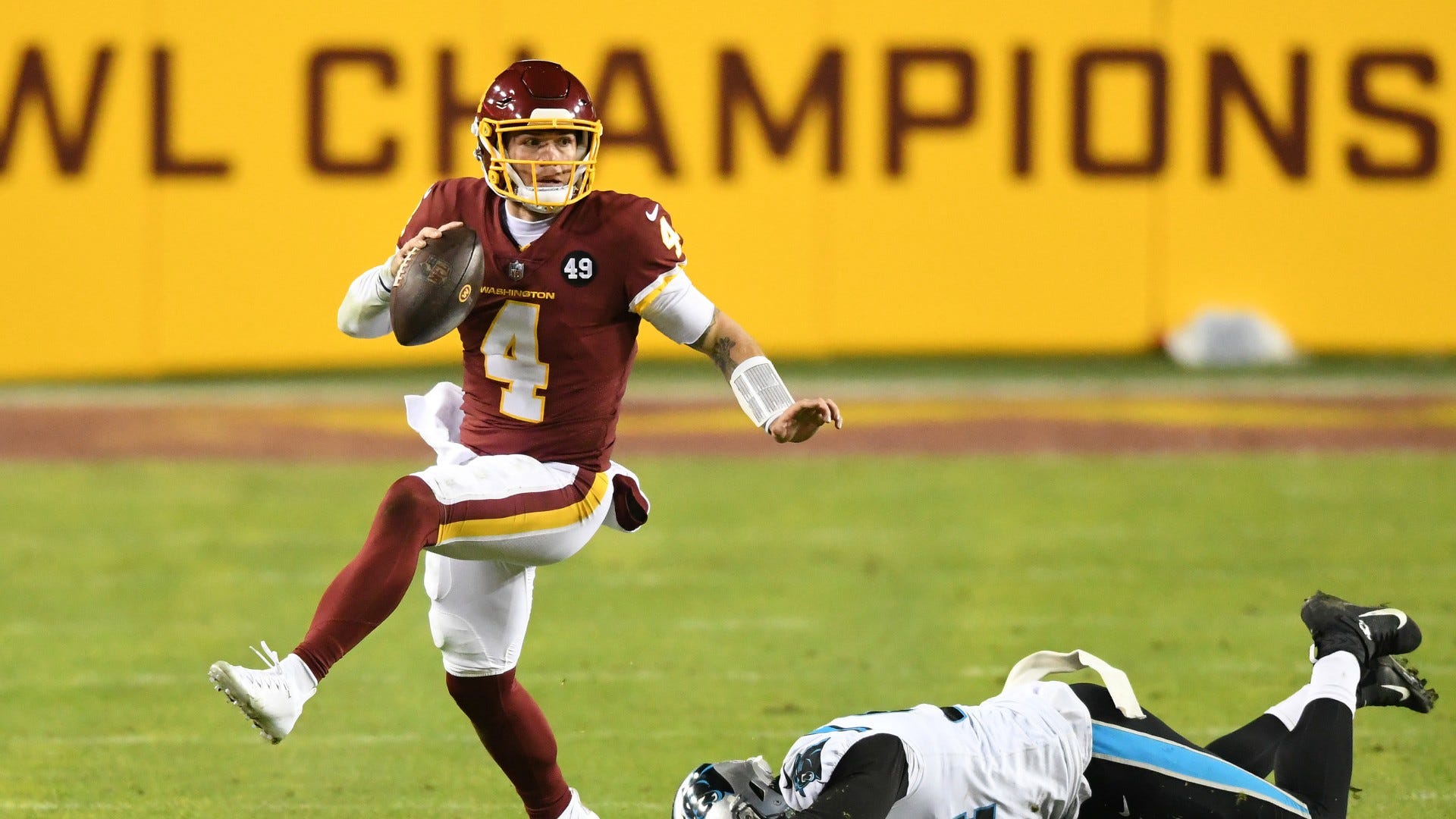 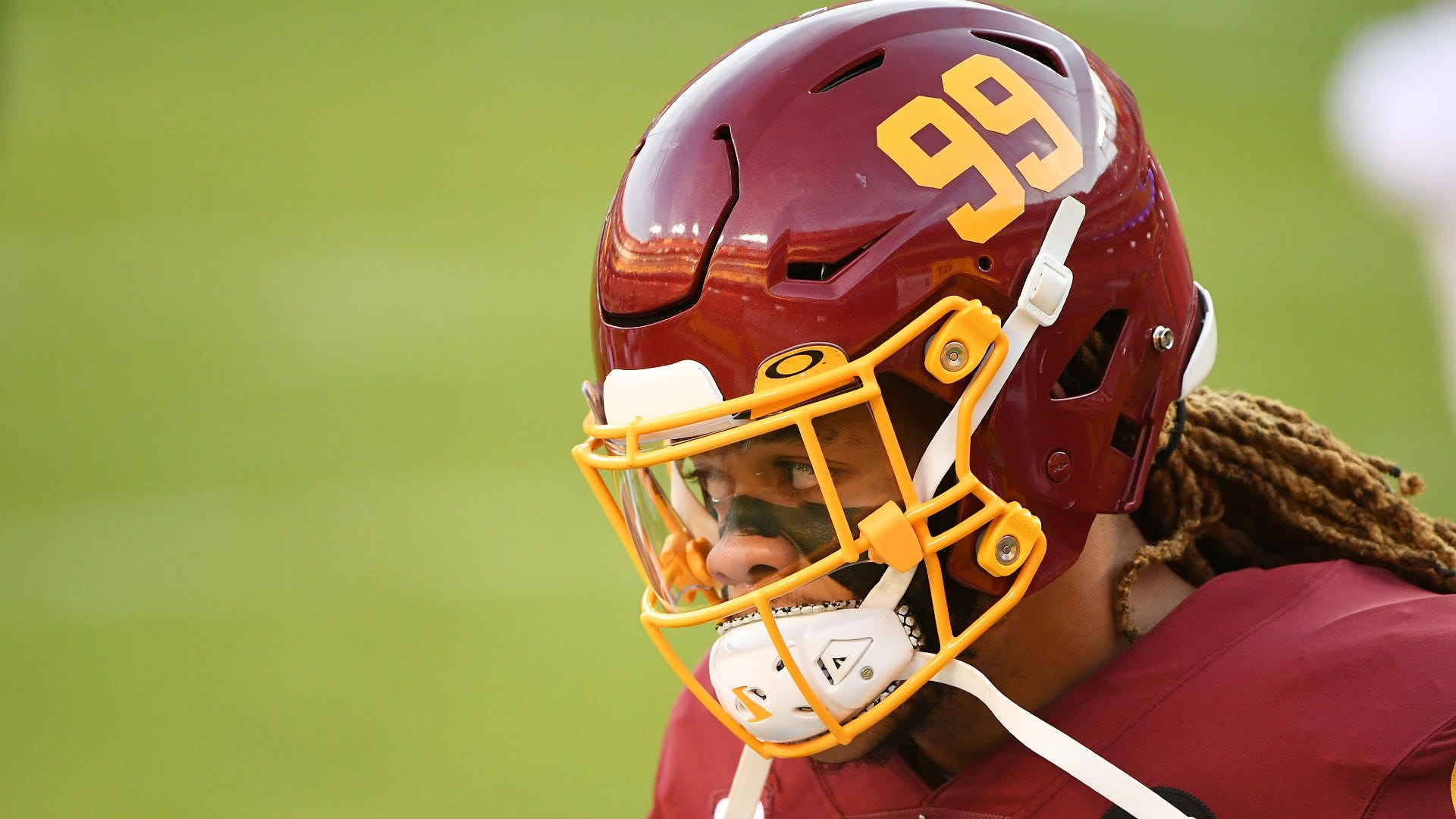 NFL Week 17: How Washington Football Team, Giants, Cowboys can each win NFC East
We strive to be a platform where varying opinions may be voiced and heard. The views, thoughts, and opinions expressed by the author(s) of this article and/or by those providing comments are theirs alone, and do not represent those of Audacy, Inc. We are not responsible for any damages or losses arising from this article and/or any comment(s).