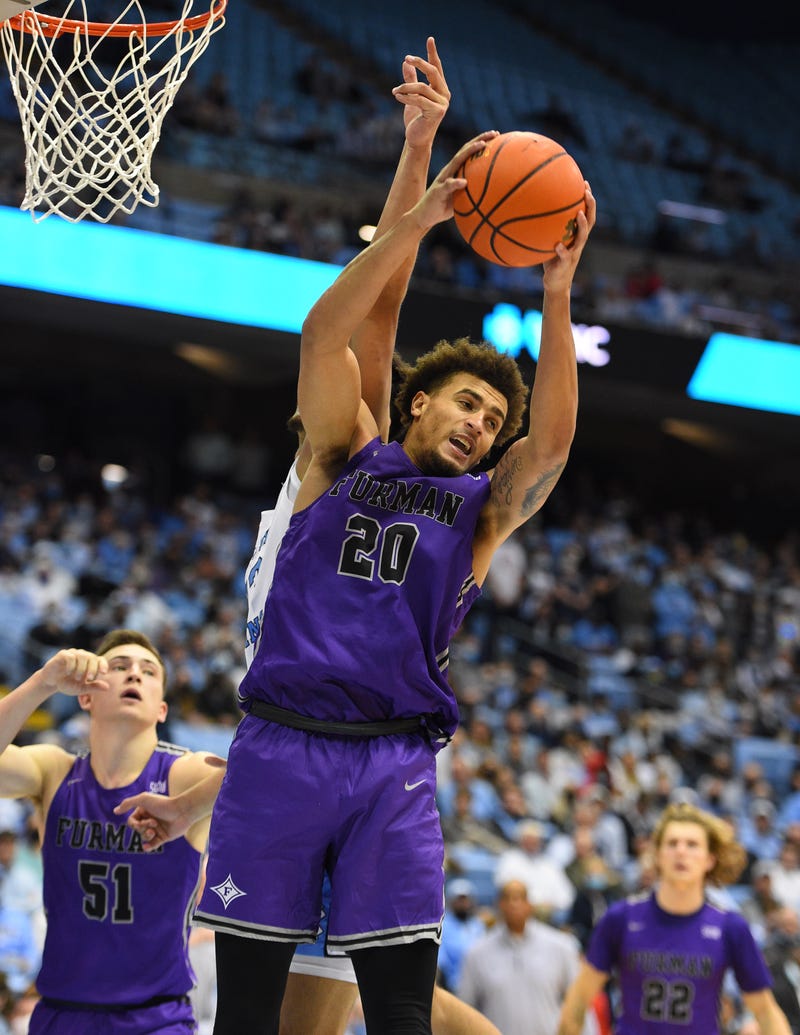 Jake Stephens scored a game high 23 points and was one of four Keydets in double figures Saturday afternoon as VMI defeated the Furman men’s basketball team, 76-67, in Southern Conference action from Cameron Hall.
Furman drops to 9-6 on the season and 1-1 in conference play, while the Keydets improve to 9-5 overall and 2-0 in the SoCon. The Paladins have now dropped four straight on the road. However, that stretch of road games have been a gauntlet including trips to UNC, Mississippi State, and Winthrop prior to Saturday's game at VMI.

Stephens had a game high 23 points on 10-of-16 shooting for VMI while recording eight rebounds, four assists and three blocks. Sean Conway contributed a double-double on 11 points and 12 rebounds while dishing out five assists. Trey Bonham had 16 points and Kamdyn Curfman also provided 11.

Furman held a 55-54 lead with 9:03 remaining in the contest following Slawson’s layup. The Keydets would then limit the Paladins to just six points over nearly an eight-minute stretch while going on a 20-6 run. Bonham would give VMI its largest lead of the game with 43 seconds to go when his jumper increased its advantage to 74-61. Hunter and Marcus Foster connected on back-to-back 3-pointers over the final 24 seconds to cut Furman’s deficit to single digits. Foster’s triple with 16 seconds left put the final score at 76-67.

The Paladins opened the game on an 11-3 run over the initial 2:49 and took an eight-point lead on a driving layup by Foster. The Keydets came back to tie the score at 13-13 four minutes later, but Furman responded with a pair of 3-pointers from Anderson. Anderson’s final 3-pointer at the 11:11 mark extended the Paladins’ lead back to six at 19-13. VMI would then score the next six points to tie the score again at 19-19 with 9:36 left.

Furman responded by going on an 11-3 run during the following four minutes and matched its largest lead of the game when Garrison’s layup made the score 30-22 with 5:50 to go. The Keydets got as close as two points twice the remainder of the half with the last coming at 32-30 with 1:19 remaining. The Paladins scored the final four points to lead 36-30 at halftime.

Furman concluded the game shooting 40.3 percent (25-of-62) from the field and held a 13-8 advantage in points off turnovers.
The Paladins are back at it on the road on Wednesday, January 5 when they travel to UNC Greensboro for a 7 p.m. tip. You can hear every Furman game, all season long on ESPN Upstate.