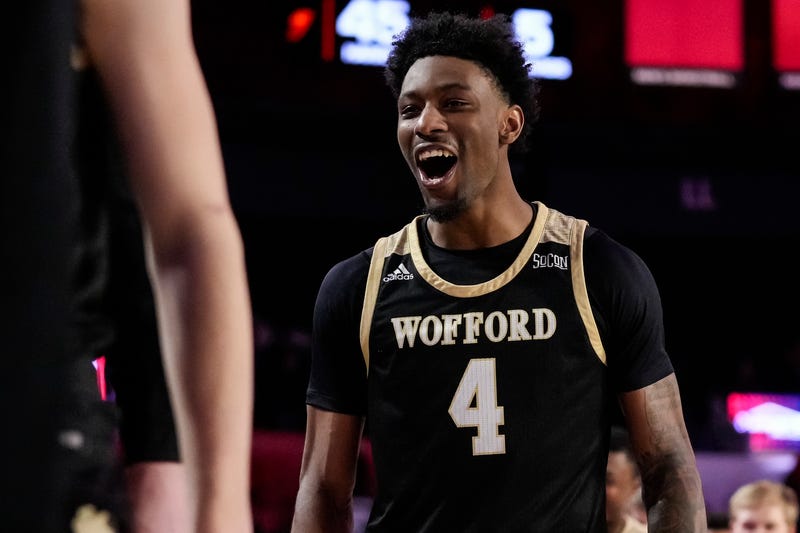 So much of modern college basketball is predicated on the 3 point shot and often it is key to a team's success. On Saturday, Wofford was able to change that narrative and get a win over East Tennessee State, despite shooting just 32% from deep. The Terriers crashed the offensive glass, valued the ball, and made plays down the stretch in their 68-57 win in Johnson City.

The late great Pat Summitt used to say "Basketball is a game of possessions". Wofford epitomized that phrase Saturday against ETSU. Wofford had an 11-2 advantage on the glass and were +4 in turnover margin. That means they created 13 extra possessions through those two categories and when you are cold shooting the deep ball, creating extra possessions is paramount.

Wofford had three players hit the double figure mark. B.J. Mack led the Terriers with 22 points, he also added 7 boards. Guard Max Klesmit added a dozen points and dished out 4 assists. Wofford got a big spark off the bench from Isaiah "Bam Bam" Bigelow who added 12 points and a game high 9 boards.

ETSU got a combined 42 points from David Sloan and LeDarrius Brewer, with Sloan getting a game high 24 and Brewer added 18. However, Wofford held the rest of the ETSU squad to a combined 15 points in the game. With the win Wofford moves to 9-6 overall and gets their first win in SoCon play, as they sit 1-2 in league. ETSU falls to 9-7 overall and 1-2 in the SoCon. The Terriers are back at it Wednesday at UNC-Greensboro for a 7 PM tipoff.