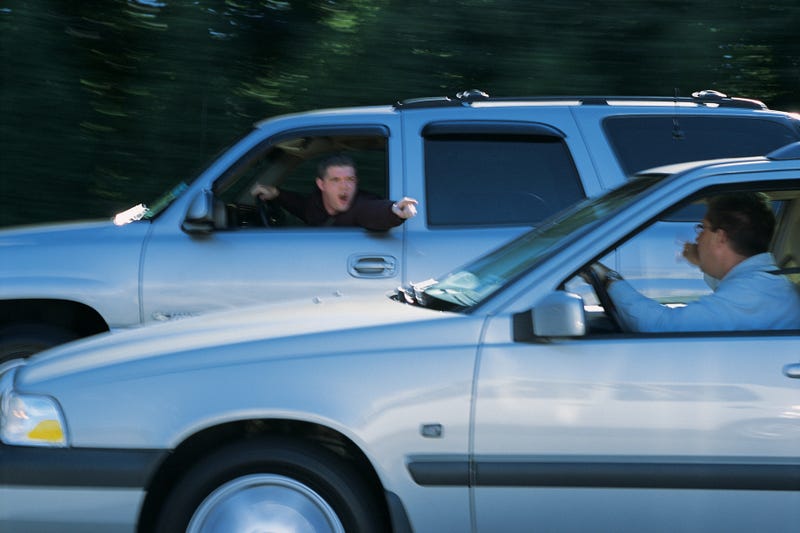 NEW YORK (WCBS 880) — Aggressive driving is not only on the rise, it's hitting record breaking numbers.

"In the last 10 years, we found that 2019 was record setting as far as aggressive driving and road rage contributing to crashes statewide and set records in Brooklyn, Manhattan, Queens and in Suffolk County," AAA's Robert Sinclair Jr. said.

A new AAA study found men are more likely than women to speed, tailgate, merge dangerously and make rude gestures, but plenty of women also admit to some dangerous driving, such as running red lights.

The survey found 52% of men sped along at 15 miles an hour above highway speed limits as compared to 44 percent of women drivers.

Overall, younger men and women tend to be more aggressive than older drivers.

Regardless of gender, nearly 8 in 10, or about 79%, of American drivers demonstrate aggressive behaviors when behind the wheel.

Sinclair Jr. said the holiday season tends to elevate tensions on the road and he is urging drivers to keep their cool.

"We have to be reminded that we should follow speed limits and maintain adequate following distances, use turn signals, be courteous, allow others to merge, be courteous in parking lots — don't cut people off, don't take up multiple spaces," he said. "Particularly as we're heading into the holidays and with the pandemic raging a lot of people are on edge and these behaviors can set other drivers off into going from aggressive driving into road rage."

He said if you come across a road rager, give them space and don't make eye contact or gestures.