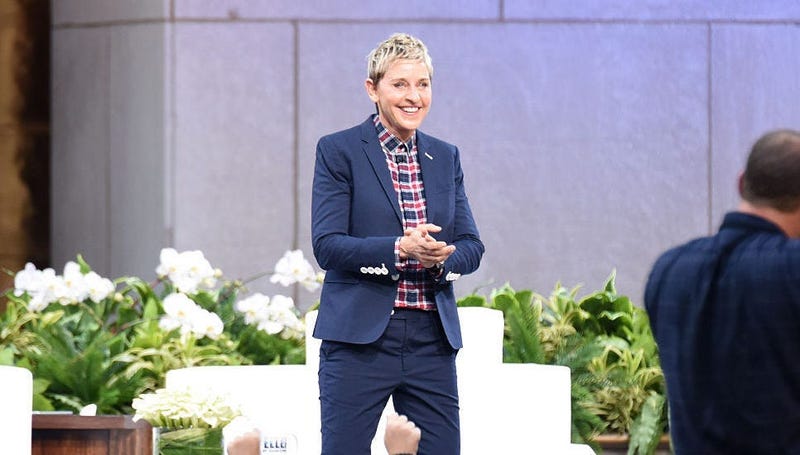 Ellen DeGeneres is addressing the allegations that her workplace is a toxic environment to work in. This comes days after the news broke that The Ellen DeGeneres Show would undergo an internal investigation by WarnerMedia. Ellen DeGeneres sent a lengthy memo to her staff that read, "On day one of our show, I told everyone in our first meeting that The Ellen DeGeneres Show would be a place of happiness – no one would ever raise their voice, and everyone would be treated with respect. Obviously, something changed, and I am disappointed to learn that this has not been the case. And for that, I am sorry. Anyone who knows me knows it’s the opposite of what I believe and what I hoped for our show.. I could not have the success I’ve had without all of your contributions. My name is on the show and everything we do and I take responsibility for that. Alongside Warner Bros, we immediately began an internal investigation and we are taking steps, together, to correct the issues. As we’ve grown exponentially, I’ve not been able to stay on top of everything and relied on others to do their jobs as they knew I’d want them done. Clearly some didn’t. That will now change and I’m committed to ensuring this does not happen again." Ellen DeGeneres also went out to say that some people she works with have been speaking on her behalf and misrepresenting her.

Matthew McConaughey Is Turning His Journals Into A Memoir

Alright, alright, alright! Matthew McConaughey announced this week that he’s publishing his first memoir, Greenlights. He said in a video posted to social media, “So, ever since I learned to write, I’ve been keeping a journal, writing down anything that turned me on, turned me off, made me laugh, made me cry, made me question, or kept me up at night... two years ago, I worked up the courage to take all of those journals off into solitary confinement just to see what... l I had. And I returned with a book." As for the name of the book, Matthew McConaughey said he called it Greenlights because “it’s a story about how I have and we all can catch more of them in this life we’re living. We don’t like the red and yellow lights because they take up our time. When we realize that they all eventually turn green, that’s when they reveal their rhyme." Greenlights will be published on October 20th.

Post Malone belives in aliens! So much so that he revealed that he's seen one! He said during an interview, “I’ve seen one. I was probably 16. I was in upstate New York... Let me precursor this: My aunt and uncle were very strict, and we had to go to bed at very strict deadline — probably 10 p.m. I was looking out the window with my cousin and it’s just a light that just stays there and then just... goes off…you can’t explain it.” Post Malone also shared that he had UFO sightings in Utah and Southern California. He said, "It looked kind of like — it sounds corny — but like a classic forcefield … it’s kind of like a dome in a circular shape... And I’m like, ‘How did no one else see this?’ But I was there with like four other f–kin’ people, and they saw it too.”