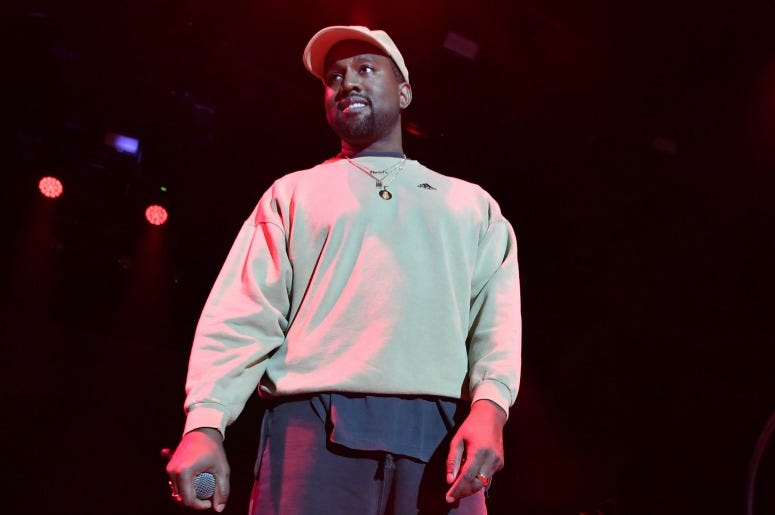 Kanye West Claims Kim Kardashian Is Trying To "Lock Me Up"

Kim Kardashian West and her family are concerned about Kanye West's health following his campaign rally in South Carolina over the weekend. According to TMZ, those who are closest to Kanye West feel that he's in desperate need of professional help and is in the middle of a serious bipolar episode. However, he won’t listen to them. Making the situation even worse, Kanye West is claiming that his wife is trying to have a doctor lock him up. He went on a Twitter rant last night and asked both Kim Kardashian and her mom, Kris Jenner, to contact him as he claimed they were trying to "lock me up." He tweeted, "Kim was trying to fly to Wyoming with a doctor to lock me up like on the movie Get Out because I cried about saving my daughters life yesterday... Kriss don’t play with me you and that calmye are not allowed around my children. Ya’ll tried to lock me up." A few minutes later he added, "Kim tried to bring a doctor to lock me up with a doctor... If I get locked up like Mandela Ya’ll will know why... Everybody knows the movie get out is about me." The tweets have been taken down.

The August 12th release of Christopher Nolan's new movie, Tenet, has been delayed AGAIN because of COVID-19! The surge in cases in some parts of the United States is what caused another push. Warner Bros.is expected to announce it's new plan in a few days. This marks the third time that the movie has been moved. Originally, it was supposed to come out on July 17th.

Nicki Minaj is pregnant! She's expecting her and Kenneth Petty’s first child. Nicki Minaj shared the news on social media, writing, “#Preggers” along with a photo of her baby bump.