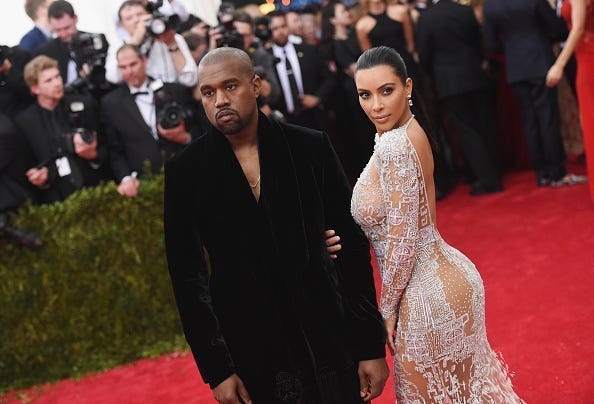 Kanye West still wants to run for President! He has filed to appear on the New Jersey ballot for November’s presidential election. Kanye West collected 1,327 signatures of the 800 that were required by the deadline for independent presidential candidates. Kanye West also submitted paperwork this week to appear on Missouri’s ballot and is looking to do the same in New York. He still has to collect tens of thousands of signatures though.

Watchmen Leads With 26 Emmy Nominations
The nominations for the Emmy Awards were announced yesterday. Congratulations to HBO's Watchmen! The show earned a leading 26 nominations! It's up for Best Limited Series, Outstanding Cast for a Limited Series, Lead Actress in a Limited Series or Movie for Regina King and Lead Actor in a Limited Series or Movie for Jeremy Irons. Amazon's comedy The Marvelous Mrs. Maisel came in second with 20 nominations. Netflix's Ozark and HBO's Succession both earned 18 nominations. Disney Plus' first Star Wars series, The Mandalorian, got 15 nominations. Eddie Murphy was nominated for hosting SNL, and Brad Pitt even got a nomination for his portrayal of Dr. Fauci. Late-night host Jimmy Kimmel will emcee the show that's set to broadcast on September 20th on ABC. It's still unclear if the ceremony will be done virtually.

Local officials in Southampton New York, could face fines and potential criminal liability after a PACKED concert over the weekend featuring The Chainsmokers clearly violated social distancing restrictions. The Governor of New York, Andrew Cuomo, said that the Saturday night “drive-in” charity show, which drew in over 2,000 concertgoers, was “grossly disrespectful to fellow New Yorkers.” Photos from the concert show fans standing shoulder-to-shoulder. The organizers insisted in a statement that they followed CDC guidelines for the show “and made best efforts" to make the event safe for everyone.